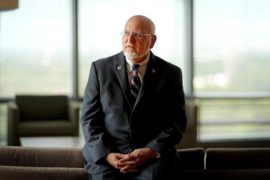 The Ebola outbreak in the Democratic Republic of Congo is not under control and could continue for another year, Dr. Robert R. Redfield, director of the Centers for Disease Control and Prevention, said in an interview on Friday.

“Let’s not underestimate this outbreak,” he said.

His outlook was less optimistic than that of the director general of the World Health Organization, Dr. Tedros Adhanom Ghebreyesus, who said at a news conference on Thursday that his goal was to end the outbreak in six months.

Dr. Redfield has just returned from a trip to the region that included a visit on March 9 to a treatment center in Butembo that, just hours before, had come under gunfire by attackers who killed a police officer. It was the second attack on that center.

Another was attacked on Thursday.

Also on Thursday, Dr. Redfield related his observations from the region, telling a Senate subcommittee that sometime between May and mid-September, Congo could run out of an Ebola vaccine that is widely believed to have kept the epidemic from becoming even worse.

More than 87,000 people have received the vaccine, which is being donated by its manufacturer, Merck. The vaccine is not yet licensed and cannot be sold. So far, Merck has donated 133,000 doses.

In response to Dr. Redfield’s warning that vaccine supplies could become dangerously low, Pamela L. Eisele, a spokeswoman for Merck, said in an email that the company could not comment on the C.D.C.’s projections. She also said that Merck keeps a stockpile of 300,000 doses, which it replenishes by making more vaccine whenever doses are deployed for outbreaks.

This outbreak began in August. There had been 932 cases and 587 deaths as of Wednesday, according to the World Health Organization. The epidemic is the second largest ever, after the one in West Africa from 2014 to 2016, which killed more than 11,000 people.

The disease has struck two of Congo’s northeastern provinces, North Kivu and Ituri, a conflict zone where people have for decades lived in fear of armed militias, the police and soldiers. The most heavily affected areas are urban, with a surrounding population of about one million.

The region is close to Rwanda, South Sudan and Uganda, and tens of thousands of people cross those borders every day. Some 20 million have gone back and forth from the outbreak zone since August, Dr. Redfield estimated, and added, “Truly, it’s nearly miraculous that we haven’t seen cross-border spread yet.”

The C.D.C. has worked with the neighboring countries to set up screening stations to stop the disease from reaching them. Some travelers with suspicious symptoms have been tested, but so far none have been infected.

Dr. Redfield said that experts from his agency could do more to help stop the disease, but that so far, because of violence in the area, the United States government had not permitted them to work where they are needed most, in the epicenters of the outbreak. Some were deployed in August to Beni, but were quickly relocated because of unrest in the area. C.D.C. employees are working in other parts of Congo, however, to train health workers and help coordinate the response.

The State Department decides whether it is safe for government employees to work in other countries.

“We’re ready to deploy as soon as they tell us it’s time,” Dr. Redfield said.

He noted that health workers from the World Health Organization, Doctors Without Borders, Alima and other aid groups, had been working nonstop in the region for more than seven months. Fatigue was setting in, he said, and workers needed reinforcements, especially leaders with deep experience in this kind of outbreak.

Several red flags indicate that the outbreak is not under control, Dr. Redfield said. One is that too many people — about 40 percent — are dying at home and never going to treatment centers. There is a high risk that they have infected family members, health workers and other patients at local clinics they might have gone to for help. The disease is spread by bodily fluids and becomes highly contagious when symptoms start.

Corpses are very infectious and pose a big risk to relatives who may wash, dress and prepare them for burial.

To control an outbreak, at least 70 percent of patients need to be isolated and treated safely in isolation units so that they do not infect anyone else, and that percentage needs to be maintained for several months. In the epicenters in Congo now, that figure is only about 58 percent, Dr. Redfield said.

Another bad sign is that too many new cases are turning up who were not known contacts of patients and were not being monitored, meaning they could have infected yet more unknown people.

Also problematic is that a high percentage of patients, about 25 percent, became infected at local health centers, and about 75 health workers from those centers have also been infected. Rates that high indicate that information about the disease and how to avoid spreading it have not reached those clinics.

Many patients in the current outbreak, about 30 percent, have been children, and doctors say they think some caught Ebola when they were taken to local clinics for other illnesses.

In addition, the contact tracing has not always been effective. In some cases, if contacts missed a scheduled appointment to be checked for symptoms, their names were simply dropped from the list, Dr. Redfield said.

He said one incentive to encourage contacts to cooperate was to offer food if they showed up. But then a decision was made locally to hand out the food at a central location, which defeated the purpose of using it as an incentive. 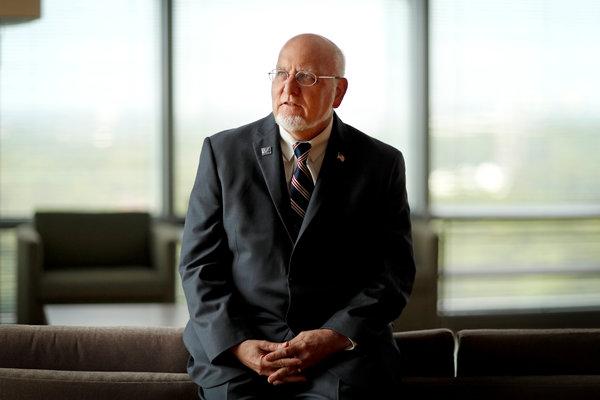 Dr. Robert Redfield Jr., director of the Centers for Disease Control and Prevention in Atlanta. “Let’s not underestimate this outbreak,” he said.CreditDavid Goldman/Associated Press

He said local workers needed on-the-ground training in person from experts in this kind of epidemiologic work — something the C.D.C. can offer if its employees are given permission to deploy into the hot zones.

Dr. Redfield also echoed a concern expressed by Dr. Joanne Liu, the president of Doctors Without Borders, that medical teams had not fully gained the trust of the affected communities. Without that connection, people will continue to avoid testing and treatment, and decline help in carrying out safe funerals and burials.

“How exactly to accomplish that is going to take some time, some thought,” Dr. Redfield said. “I haven’t seen evidence to date that we have an effective partnership with the community.”

Speaking to the Senate subcommittee, he said: “The community doesn’t trust its own government. And it sure doesn’t trust outsiders.” 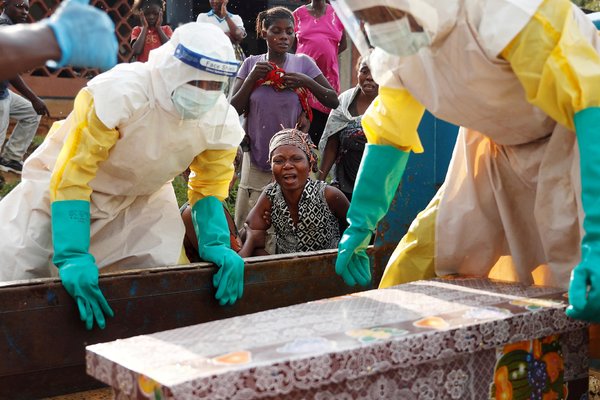 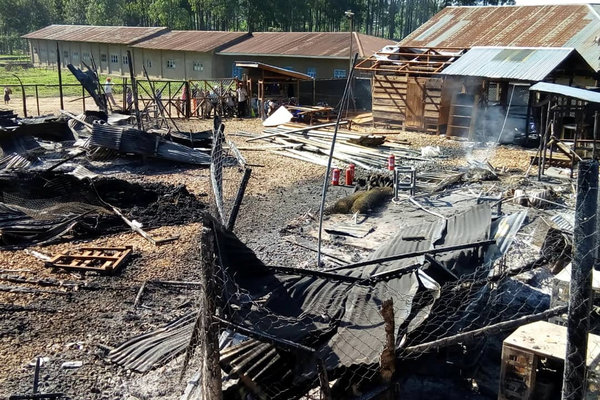 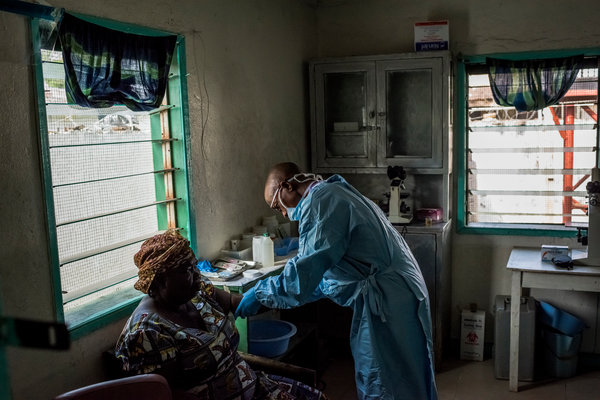