Dumpling Flavor, Stripped Down to Its Essence 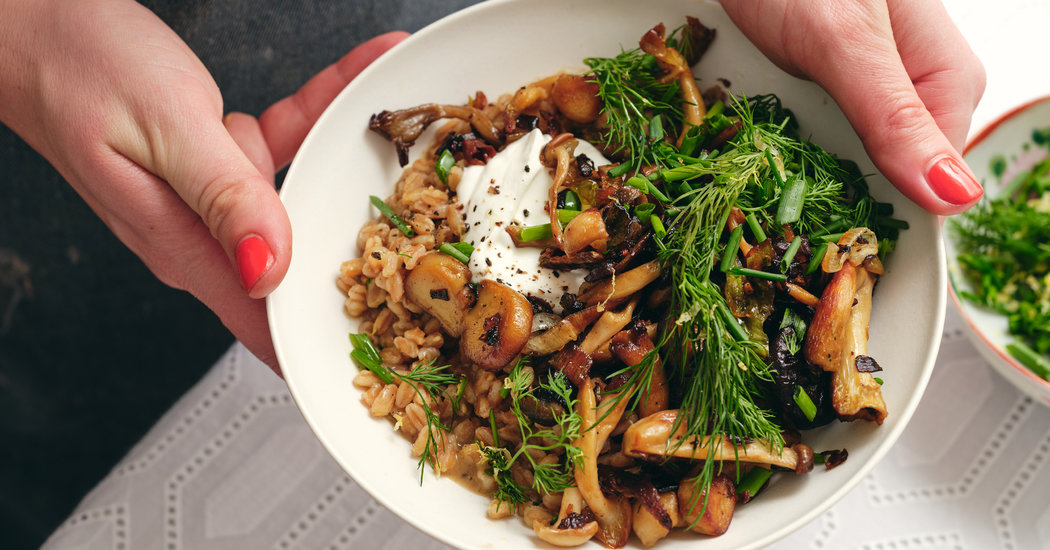 A few years ago, I made the Russian baths a regular part of my New York life. The ritual of the schvitz — steaming, sweating and rinsing — are why I go (health!), but if I’m being honest, I also am very much there for the food (pleasure!).

I eat there not out of necessity, but because it’s low-key one of my favorite restaurants in town. (I am reluctant to even mention how good the food can be because I still find it to be one of the best-kept secrets in town. That said, I imagine it’s not everyone’s cup of tea to eat sour cream from small plastic cups in a bathing suit and towel, so maybe I have nothing to worry about.)

My order changes every time (pickles, cabbage, soup, pickled cabbage soup), but I always get the pelmeni, tortellini-size dumplings filled with pork, served in a squat ramekin, coated in melted butter and a splash of the cooking liquid. Finished with caramelized onions, lots of dill and a generous portion of sour cream alongside, they are kind of the opposite of a healthy trip to the spa — unless you consider mental health a part of that journey. (I do.)

Every time I eat those little miracles, I can’t stop thinking about how I could write a recipe that approximates them without asking someone to make dumplings (I’d never do that to you) or take a trip to Brighton Bazaar in Brighton Beach, Brooklyn, to buy them. (If you get the chance, the frozen ones are excellent.)

And that’s how I got here: Creamy farro with crispy mushrooms, sour cream and lots of dill. Yes, there is also a side of lemon.

O.K., so, no: A bowl of farro and mushrooms isn’t exactly a plate of dumplings, but hear me out. The way the mushrooms are cooked and crisped alongside the thinly sliced, caramelizing leeks gives them such a delightfully meaty flavor that they’re almost better than meat itself. The farro, toasted in the pot before it’s cooked, reinforces that vague meatiness. (Chicken broth helps, but you can use vegetable broth or even water to keep it vegetarian.) In the end, the squeaky chew of each grain coupled with the porridge-y consistency reminds me of the dumplings swimming in that buttery broth.

Topped with sour cream and a sprinkle of a lemony dill mixture (made better with the addition of chives), it hits the spot, even without the schvitz.

This recipe calls for adding a dollop of sour cream. The amount you add could affect your choice of wine. Without any sour cream, I would be inclined to choose a dry red with the earthy flavors of mushrooms, leeks and faro. In northwestern Italy, the Piemontese would be inclined toward a barbera with a mushroom risotto. Its bright acidity would go well with this dish as well. You could also try a nebbiolo from the Langhe, Alto Piemonte or Valtellina. Or you could substitute a restrained pinot noir, a frappato from Sicily, a blaufränkisch from Austria or an easygoing syrah. Adding a healthy portion of sour cream stirs things up a bit, making the flavors more creamy than earthy. A lively chardonnay from Burgundy or Oregon would be delicious, as would a good Champagne. ERIC ASIMOV

FacebookshareGoogle+sharePinterestpin it
Medical News Today: What are the benefits of high intensity interval training (HIIT)?Will Canadians Have to Pay the Security Costs for Harry and Meghan?
Latest