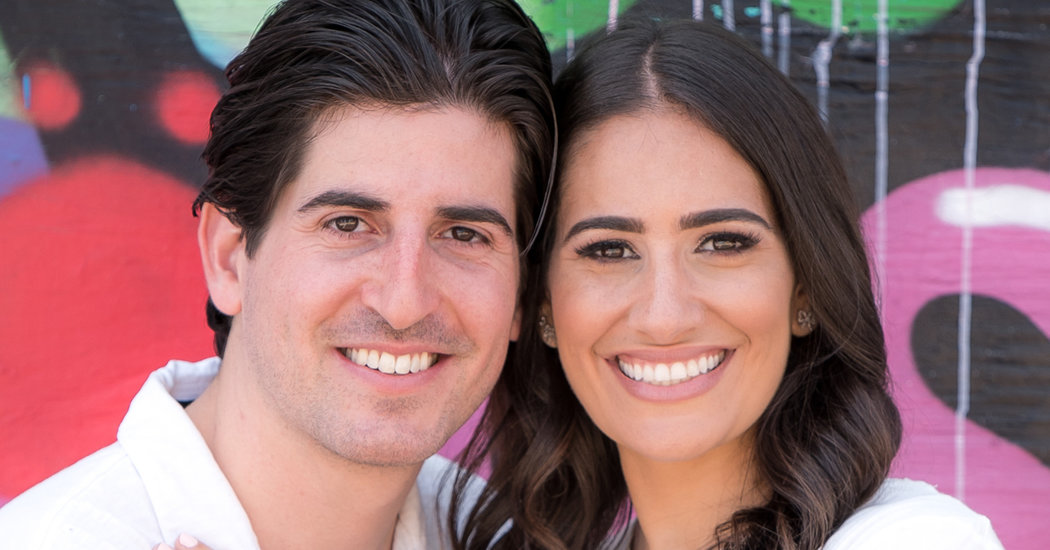 Mrs. Zolot, 29, is a litigation associate at Manatt, Phelps & Phillips, a law firm in New York. She graduated from Cornell, from which she also received a law degree.

She is the daughter of Shoshana Kopels Newman and Scott Newman of Morristown, N.J. The bride’s father is the director of markets data management at the Federal Reserve Bank of New York. Her mother is the owner and director of Pediatric Potentials, a pediatric occupational and physical therapy practice in Livingston, N.J.

Mr. Zolot, 32, manages platform partnerships on the business development team at DAZN, a London- based international subscription video streaming service dedicated to sports. He graduated from the University of Pennsylvania and received an M.B.A. from N.Y.U.

He is the son of Deborah L. Zolot and Andrew E. Zolot of Bryn Mawr, Pa. The groom’s mother is a guidance counselor at Andrew Hamilton School, an elementary and middle school in Philadelphia. His father is the owner of Bilt-Well Showrooms, a third-generation, family-run wholesale furniture business based in Philadelphia.

The couple met in New York in April 2016 through a mutual friend who set them up on a blind date. The groom proposed in September 2018, asking the bride, “Will you marry me?” via digital billboard on a building in Times Square.