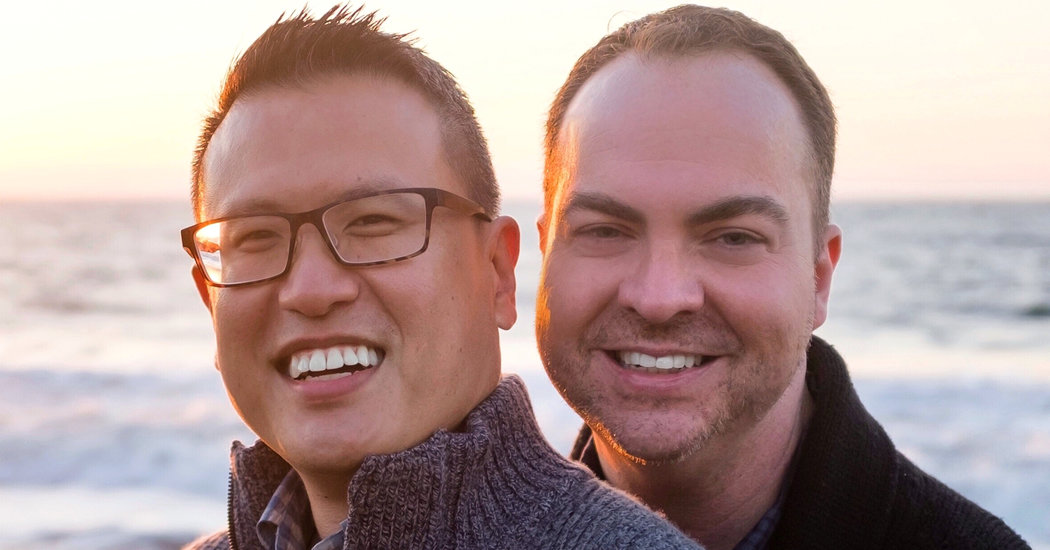 Dr. Daniel Calvin Leung and Richard Joseph Kinnard were married March 30 at the Riviera in Palm Springs, Calif. Amy Key Camp, a friend of the couple who became a Universal Life minister for the event, officiated, with Monica Thakrar, another friend, taking part.

Dr. Leung (left), 44, is an anesthesiologist for Medical Anesthesia Consultants in Walnut Creek, Calif. He graduated from the University of California at Davis and received a medical degree from George Washington University.

He is a son of Josephine Leung and Wayman Leung of Stockton, Calif. Dr. Leung’s mother retired as a bookkeeper at the Chinchiolo Fruit Company in Stockton. His father, also retired, owned Super Save Market, a grocery store, also in Stockton.

Mr. Kinnard, who is 45 and works in San Francisco, is a senior associate at HBA International, global interior designers of luxury hotels and restaurants based in Santa Monica, Calif. He graduated from Georgetown and received a master’s degree in interior design from Pratt Institute.

He is a the son of the late Catherine A. Kinnard and the late Richard P. Kinnard, who lived in Kansas City, Mo. Mr. Kinnard’s mother was a stay-at-home parent. His father owned local hardware stores, known as McMahon Hardware, in Kansas City. Mr. Kinnard is also the paternal grandson of Elizabeth Wilde Kinnard, a sprinter who competed in the 100-meter finals of the 1932 Summer Olympics in Los Angeles. (She finished sixth, in 12.3 seconds.)

The couple met through an online dating website in 2014 and were engaged in September 2017.