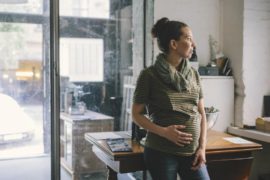 Crohn’s disease is a long-term condition that causes inflammation within the digestive tract. Along with ulcerative colitis, Crohn’s is a type of inflammatory bowel disease (IBD).

Common symptoms of Crohn’s disease include diarrhea, abdominal cramping, fatigue, and unintended weight loss. These symptoms can vary in severity and often come and go in cycles.

Doctors refer to long periods of few or no symptoms as being in remission. A flare-up or relapse is when symptoms reappear or get worse. There is no cure for Crohn’s disease, so treatment aims to keep a person in remission.

In this article, we discuss how Crohn’s disease and pregnancy can affect each other, and what women who have IBD and are thinking about having children should consider.

How do they affect each other? 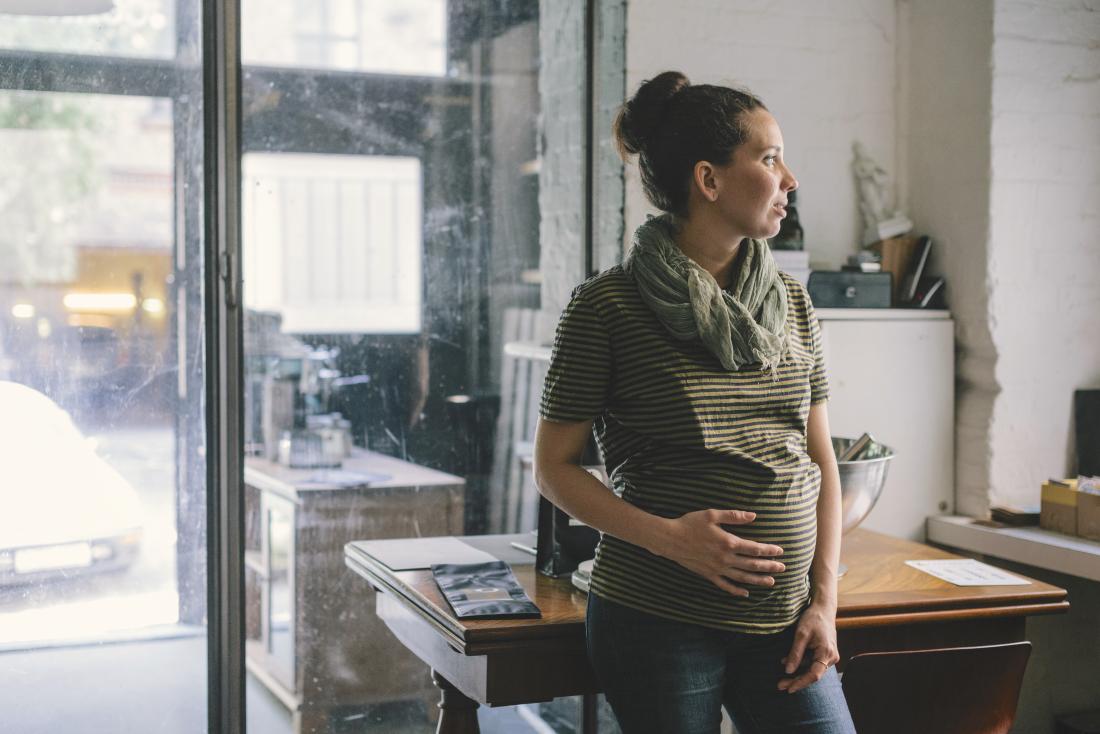 A person with Crohn’s disease in remission is likely to have a healthy pregnancy.

How Crohn’s disease and pregnancy affect each other depends on whether the woman’s symptoms are in remission.

Research suggests that many women who conceive when their Crohn’s disease is active will find that their symptoms remain active throughout the pregnancy. Active Crohn’s disease can affect both the health of the woman and the fetus, increasing the risk of:

According to a 2017 review, becoming pregnant during remission does not change the risk of symptoms returning.

Is it safe for women with Crohn’s to conceive?

A 2016 review revealed that women with IBD were more likely to remain childless than those without the condition. The researchers think this is because some women choose not to have children due to concerns about the safety to themselves and their baby.

However, most women who conceive while their Crohn’s disease is in remission are able to have a normal pregnancy and a healthy baby.

Some research even suggests that pregnancy may have long-term health benefits for women with Crohn’s. These benefits include a lower relapse rate and less need for surgical interventions.

However, it is essential for a person with Crohn’s to speak to their doctor before becoming pregnant. A doctor can advise on the best time to become pregnant and adjust treatment plans if necessary. 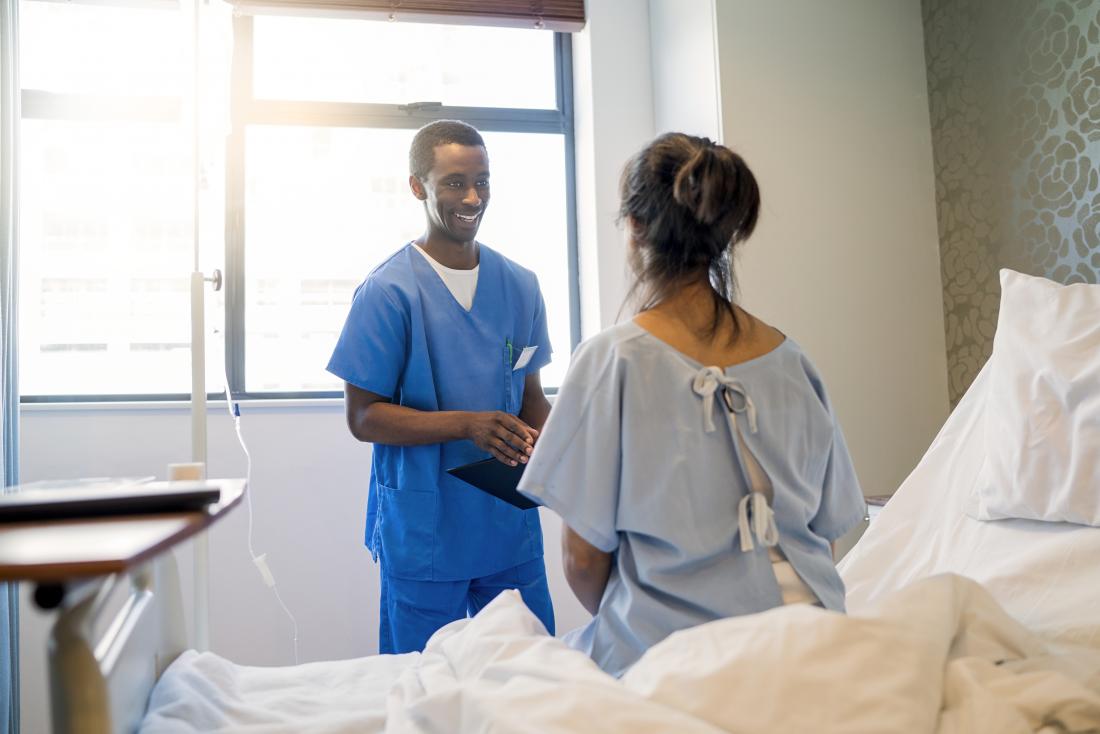 Having surgery to treat Crohn’s disease may affect fertility.

Studies suggest that Crohn’s disease does not reduce fertility when it is in remission. However, it may be more difficult for a woman to conceive when her symptoms are active.

Women who have had surgery for Crohn’s disease might find it harder to become pregnant, particularly if the procedure has resulted in scar tissue in the pelvis or fallopian tubes.

Most medications that doctors prescribe to treat Crohn’s disease do not affect fertility. Talk to a doctor for further advice on this.

Before becoming pregnant, there are several things that a person with Crohn’s may need to consider. These include:

Experts generally recommend that a woman with Crohn’s disease wait until their disease has been in remission for at least 3 to 6 months before conceiving.

It is also important to speak with a doctor before trying to become pregnant. They can advise on the best time to conceive and recommend any treatment changes that may be necessary during pregnancy.

Surgery is often a treatment option for people with Crohn’s disease. According to the Crohn’s & Colitis Foundation, previous bowel resections (surgery that involves removing part of the bowel) do not appear to affect pregnancy in women with Crohn’s.

However, some types of surgery for Crohn’s disease may lower fertility rates, so, a woman may wish to delay surgery until after she has had children. A doctor can advise on the best timing for different surgical options.

Although these procedures are typically safe, any abdominal surgery a woman has while pregnant can pose a risk to the fetus. Generally, doctors will only recommend surgery during pregnancy if a woman’s health would suffer by not having the operation.

During pregnancy, a woman with Crohn’s disease should follow the same general dietary recommendations for all pregnant women.

Some women take a drug called sulfasalazine to reduce inflammation due to Crohn’s. However, this drug reduces their ability to absorb folic acid, which is an essential vitamin for the developing fetus. In these situations, doctors may recommend that a woman takes extra folic acid.

Many of the diagnostic procedures for Crohn’s disease are safe during pregnancy, but doctors only use them if necessary. Safe procedures include:

However, doctors will generally only use CT scans and standard X-rays in an emergency for pregnant women.

Women with Crohn’s disease can have a vaginal delivery even if they have previously had a colostomy or ileostomy. However, these women are slightly more likely to need a cesarean delivery.

A 2016 review found 20.9 percent of pregnant women with Crohn’s disease had a cesarean delivery compared to 15 percent of women without the condition.

Doctors may also recommend a cesarean delivery for pregnant women who have:

According to a study published in the Journal of Crohn’s and Colitis, women with IBD are just as likely to breastfeed their baby as anyone else. The study also indicates that breastfeeding does not cause flare-ups and it may even reduce the risk of flare-ups during the first year after giving birth.

A doctor or pharmacist can advise on which medications are safe to take while breastfeeding. A person can also look up their medications for more information on the National Library of Medicine’s LactMed website, which is a drugs and lactation database.

How does pregnancy affect treatment? 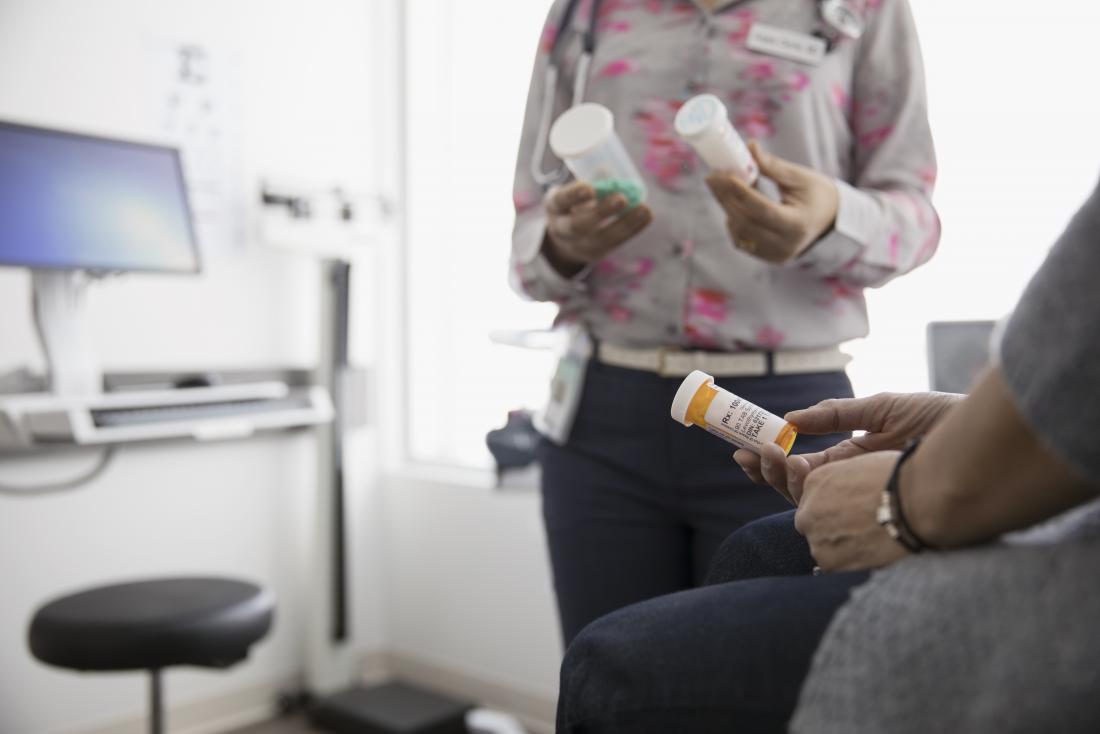 A doctor may alter medication dosage during pregnancy.

Doctors usually recommend that women who have Crohn’s disease continue to take their medications as usual during pregnancy.

Experts consider most drugs for Crohn’s disease to be low risk during pregnancy, including steroid medications. However, a doctor may lower the dose of steroids while a woman is pregnant.

Some people take methotrexate and thalidomide to treat Crohn’s disease. These drugs can cause congenital disabilities or other complications. A woman should never take them while she is trying to conceive, is pregnant, or is breastfeeding.

Before trying to conceive, women should speak to a doctor about the effects the medications they are taking can have on fertility or pregnancy.

Can the baby inherit Crohn’s disease?

Crohn’s disease can run in families, but the risk of inheritance is generally quite low.

According to the Crohn’s & Colitis Foundation, if one biological parent has IBD, the infant has around a 2 to 9 percent chance of inheriting the disease. However, if both biological parents have IBD, the likelihood rises to about 36 percent.

Research suggests that some women with Crohn’s disease choose not to have children due to concerns for the safety of themselves and their baby. However, most women who conceive while their Crohn’s disease is in remission can have a normal pregnancy and a healthy baby.

During pregnancy, many medications and diagnostic tests for Crohn’s disease are low risk, and a woman can often continue her treatment as usual. A doctor can advise on the best time for a woman with Crohn’s to conceive. They can also make any necessary changes to medication.