City Kitchen: This Pasta Gets Sauced 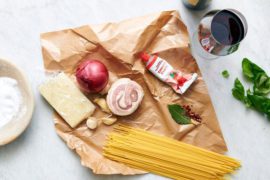 For this simple pasta, you’ll need two bottles of wine — one for making the dish, and the other to drink. Since it is a traditional Tuscan pasta, you could make it with Chianti or Brunello di Montalcino, but any medium-bodied dry red wine is suitable. It doesn’t have to be an expensive bottle, but it should be a wine that is pleasant to drink.

Known as “drunken” pasta, it is called spaghetti ubriachi (or all’ubriaco) or sometimes goes by the name pasta alla chiantigiana, if it’s made with strisce, pappardelle or other wide long noodles and with Chianti.

Like other simple pastas made with pantry staples, such as cacio e pepe (cheese and black pepper); carbonara (egg, bacon and Parmesan); or aglio-olio-peperoncino (garlic, oil and hot pepper), this one doesn’t require many ingredients. 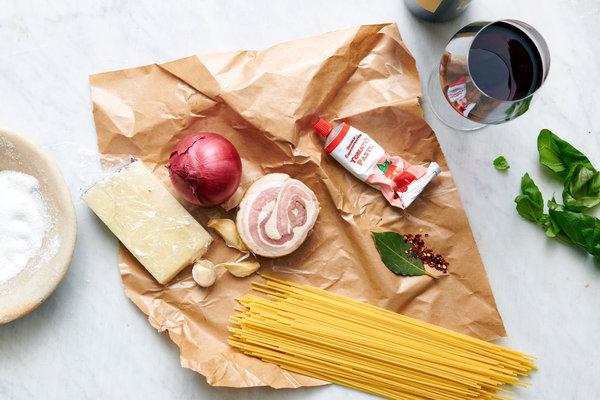 A red wine sauce is infused with onions, a bay leaf, garlic, pancetta and a touch of hot pepper.CreditDavid Malosh for The New York Times. Food Stylist: Simon Andrews.

It can be made without meat, but usually it contains a small amount of pancetta (cured pork belly), guanciale (cured jowl) or Italian sausage.

There are, of course, lots of versions, with varying amounts of wine. Some recipes call for cooking the pasta with two bottles of simmering wine, while others call for only a cup or two.

My version falls in the middle: A cup of wine is added to the cooking water, and the rest of the bottle is used for the sauce. This way, the sauce is deep red and rich, but not outrageously extravagant. Of course, it’s all relative — if you happen to be a winemaker, use more.

The rest is a matter of softening sliced red onions in a skillet and pouring an entire bottle of wine over them (minus 1 cup, which you toss into the boiling pasta water to add a bit of color and flavor).

The wine and onions simmer together until the liquid is reduced by half, while bay leaf, garlic, pancetta and a touch of hot pepper serve as supporting players.

You’ll want to leave the spaghetti quite underdone, then add it to the skillet to finish the cooking, so the pasta can really absorb the sauce. A few minutes of stirring results in perfectly al dente pasta bathed in a ruddy red sauce. Add a handful of grated pecorino, a dab of butter and a splash of pasta water to produce a creamy consistency. 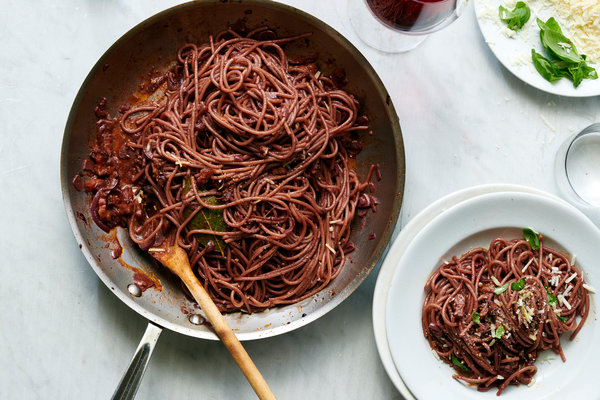 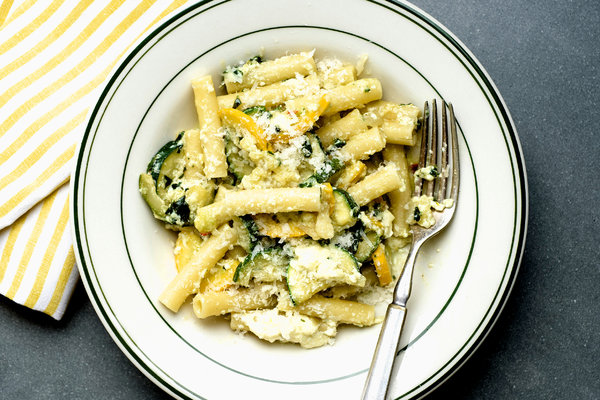 A Quick-Cooking Pasta That Keeps the Heat Outside 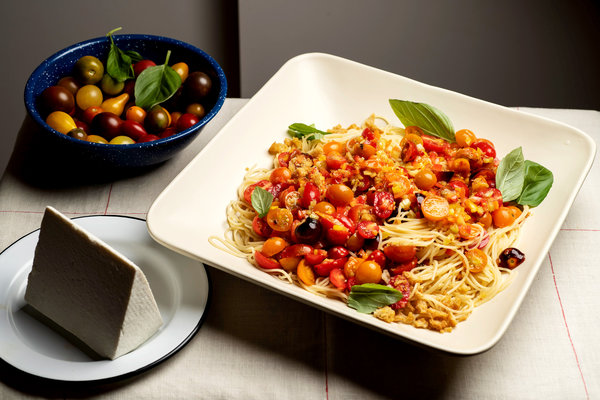 At the End of the Night, Satisfaction

FacebookshareGoogle+sharePinterestpin it
Five Weeknight Dishes: Get Into a RhythmTrilobites: Congratulations, It’s Twins. The Doctor Is Perplexed.
Latest