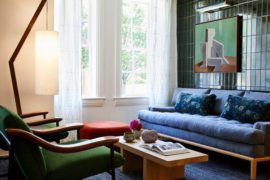 Once a private mansion and for many years the Peabody Court Hotel, the Revival opened in early 2018, after a nearly two-year renovation led by the hotel’s owners, NuoveRE, and its new management team, the San Francisco-based Joie de Vivre. It has quickly established itself as a neighborhood hot spot, with a buzzing rooftop restaurant, three private karaoke rooms and a fashionable crowd hanging out in the bookshelf-lined lobby. But not all went smoothly on a recent stay. When I arrived in the early afternoon, there was no one at the front desk, just another guest waiting to check in. While she went off in search of a manager, the clerk returned, coffee in hand, having apparently made a quick trip to the hotel’s cafe. The check-in process went quickly from there, however, and the clerk made up for the wait by moving me to a higher floor, where my room had a sliver of a view of the 178-foot-tall Washington Monument, a neighborhood landmark, as well as of Mount Vernon Place, which Paul Goldberger, a former architecture critic for The New York Times, once described as “one of the finest downtown squares in the United States.” 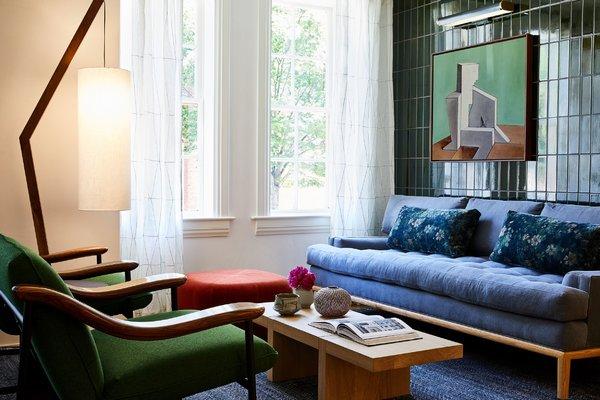 The Revival, once a private mansion and then the Peabody Court Hotel, opened in early 2018 after a nearly two-year renovation.CreditHotel Revival

My bed, sans blanket.CreditStuart Emmrich for The New York Times

My 12th-floor room was basic but pleasantly furnished, its distressed wood floor partly covered by a mottled blue-and-white rug, and with a small seating area off to the side, complete with two free bottles of water, copies of local magazines and a strong reading light. The bed was firm and comfortable, with an upholstered wooden bench at its foot, but was missing a blanket, which I thought I might need on what was forecast to be a chilly December night. I called down to the front desk to have one sent up, and was told it would soon be on its way. But when I returned from dinner several hours later, it had still not arrived. (I decided just to crank up the heat and go to bed.) There was a minibar in the room, but it was empty.

Small but efficiently designed, with a full bathtub in addition to the shower. The bath products were by Jonathan Adler, all in a fragrant combination of citrus and sandalwood. There was excellent water pressure from the shower head.

The bathrooms are sleekly and efficiently designed and come with an array of Jonathan Adler bath products.CreditHotel Revival

Topside, the top floor bar and restaurant, with its glass walls giving a panoramic view of the city below, is a popular draw for locals and guests alike. On a recent Saturday evening, the bar was packed and every table had been booked for dinner. (Reservations are essential on the weekends.) One draw seems to be the extensive list of specialty cocktails and 13 offerings of locally brewed draft beer. Dining options ranged from striped bass yakitori ($14) to braised rabbit with butter beans, bacon, kale and apples ($29). In the morning, the room service menu was limited to just four choices (among them almond milk oatmeal and eggs with homemade sausage) so I decided to go down to the Square Meal, the ground floor “farm-inspired” restaurant. The room resembled an upscale college cafeteria (you had to line up at the counter to place your order) and the menu was basically the same as the one in my room, with the notable addition of some freshly baked muffins. But my breakfast — I went with the eggs and sausage ($13) — arrived 11 minutes after I ordered and was quite tasty. The orange juice was fresh; the flat white coffee expertly prepared. And it turned out I had made the right call. As I was paying my bill, another guest arrived and said he wanted to place a room service order. “No problem,” the hostess replied, “but you know, you could have used the phone in your room to call us.” “I did,” he replied. “No one ever picked up.”

My breakfast of eggs and homemade sausage. It turned out that going down to the Square Meal cafe was probably a better decision than trying to place a room service order.CreditStuart Emmrich for The New York Times
FacebookshareGoogle+sharePinterestpin it
6 Ways Stress Affects Your Skin HealthTrending: How Airlines Are Catering to Their Smallest Customers: Children
Latest