Celebrating the World Cup as a Triumph for Women’s Sports 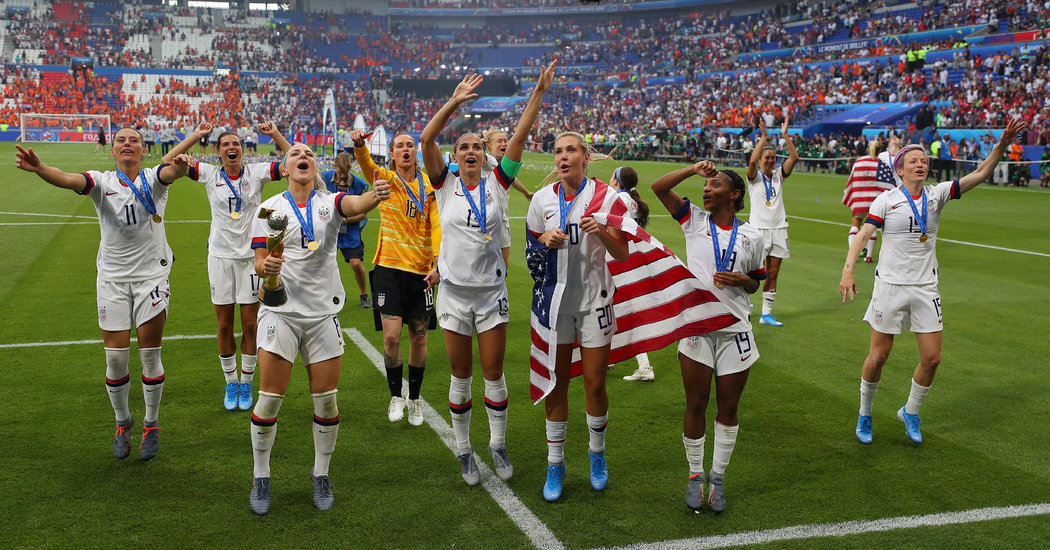 Welcome to the Running newsletter! Every Saturday morning, we email runners with news, advice and some motivation to help you get up and running. Sign up here to get it in your inbox.

I watched the 2016 Olympic Marathon trials with a bunch of runners at a bar that opened early to host a watch party. Before the race, we were asked to guess which runners would finish in first, second and third place to make the Olympic team. When the guys all listed their top three male choices, I asked, “What about the women?”

One rolled his eyes. Another tapped his pen against the bar. Another couldn’t even come up with three names.

On Sunday, I watched the United States women’s soccer team in the World Cup final at another bar, which was at maximum capacity. The gender split was about 50/50 between men and women. The men weren’t just there to appease their wives or girlfriends, either. Those at my table knew the team’s roster by heart, and when they started a chant of “We Want Lloyd!” in the final minutes of the game, it was out of their love of Carli Lloyd, a local, who most likely played in her last World Cup game — they were big fans. When the U.S. won, the bar went berserk — with two grade-school boys so moved that they whipped off their shirts to stand on their chairs and cheer.

It was a rush, not just because this team has been such a pleasure to watch, but because that game was the first time I’ve felt women were being recognized as the incredible athletes that they can be. It wasn’t just women watching and cheering — it was everyone. These women were being treated as real sports champions, not just a bunch of girls to be patted on the head for doing a good job at a lesser version of a men’s game.

The Olympic Marathon trials will be held in Atlanta on Feb. 29, 2020. So far, 340 women have qualified to compete, compared to 181 men. We can have a debate as to whether or not the men’s standards are too strict, or how many of those runners really have a shot at making the top three. But the reason I point this out now is because women’s marathoning is another example of how we’re living in a time when the promise of Title IX, which provides for equal opportunities in school sports, is being realized. American women, when given the same opportunities (well, in theory) as men are showing results on a world stage.

I hope that when I watch the 2020 Olympic trials (at a different bar since that one has since closed), I’ll have more of the experience I did watching the World Cup on Sunday. We’ve long since deserved it.

Want to talk about it? I’m at @byjenamiller on Twitter.

Jen A. Miller is the author of “Running: A Love Story.”