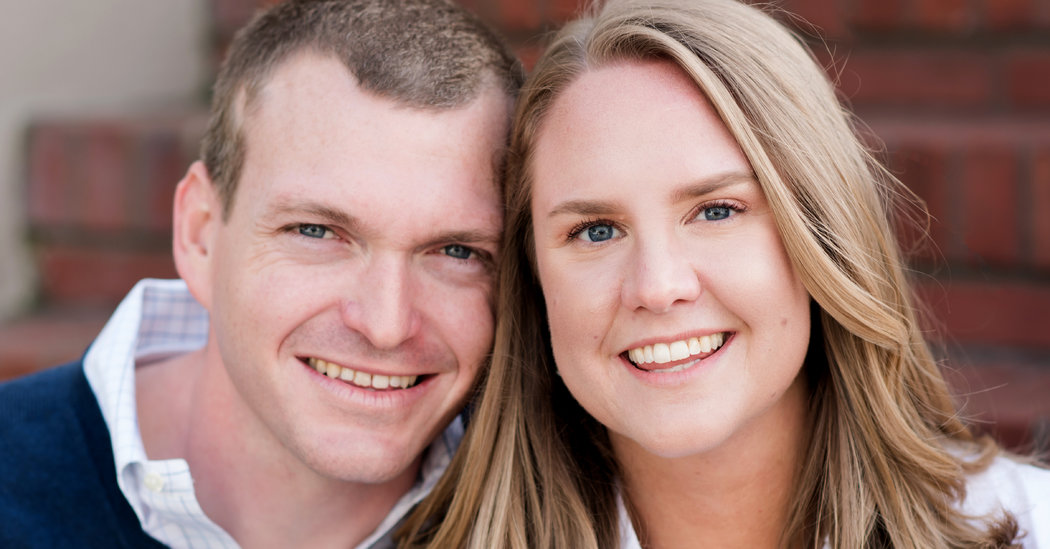 She is a daughter of Patrica W. Conley and Christopher Conley of Darien, Conn. The bride’s father works in Darien as a managing director for Lapis Advisors, a private credit platform that invests in the municipal bond market and has headquarters in Larkspur, Calif. Her mother retired as a health care analyst at MBIA, a financial services company in Purchase, N.Y., and was a stay-at-home parent.

He is a son of Barbara K. Lehman and Allan M. Lehman of Phoenix. The groom’s mother retired as a kindergarten teacher at Lowell Elementary School in Phoenix. His father is the founder of Lehman Optical, a firm specializing in custom eyewear in Dewey, Ariz.

The couple met in 2015 through the dating app Hinge.