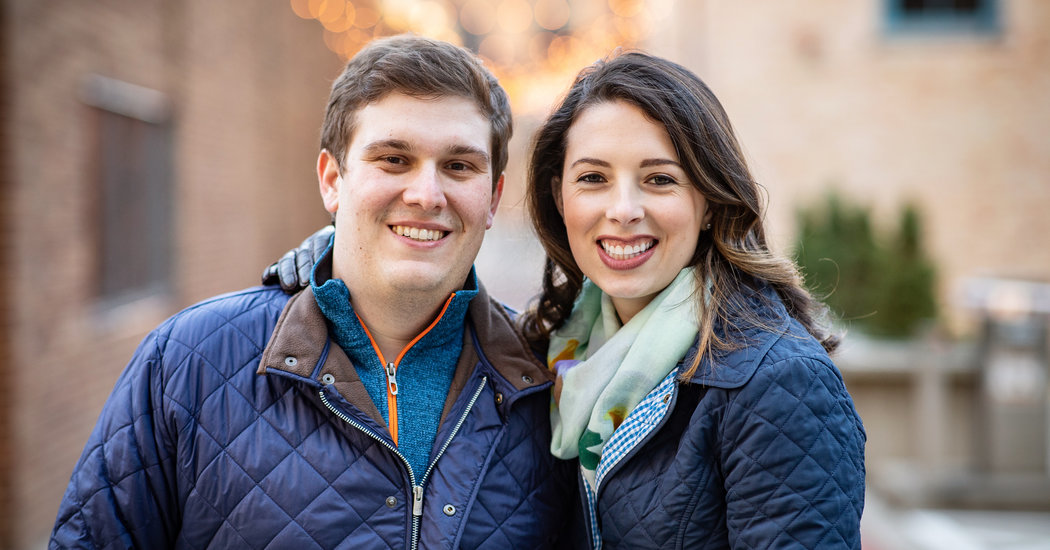 Bronwyn Anne-Thompson Haltom and Thomas Hicks Midanek were married Dec. 29 at Loft 310, an events space in Kalamazoo, Mich. Randy Campbell, a friend of the couple who became a Universal Life minister for the occasion, officiated.

The bride, 27, and groom, 29, own THM Consulting, a political and marketing consulting firm based in Kalamazoo, for which she specializes in digital consulting, client management, copy writing and creative design, and he in general consulting and advertising.

The bride, who graduated from the University of Michigan, is a daughter of J. Colby Wingate and Richard Carothers Haltom of Kalamazoo. The bride’s father owns Lawton Ridge Winery in Kalamazoo. Her mother is the co-author of “Cooking with Gluten and Seitan” (Book Publishing Company, 1993).

The groom, who graduated from American University, is a son of Deborah Hicks Midanek Bailey of Grenada, Miss., and James I. Midanek of Wilmington, Del. The groom’s mother is the founder and managing partner in Solon Group, a company in Grenada, Miss., that focuses on turnaround situations, restructuring and financing for companies. His father is the chief investment officer at the Bank Corp in Wilmington.

The bride and groom met while working at the White House in March 2017. At the time, they were both regional political directors in the office of political affairs. “It’s our understanding that we will be the first couple to get married after meeting in President Trump’s White House,” Ms. Haltom said.