Breast Cancer Risk May Rise After Childbirth, but Is Still Low 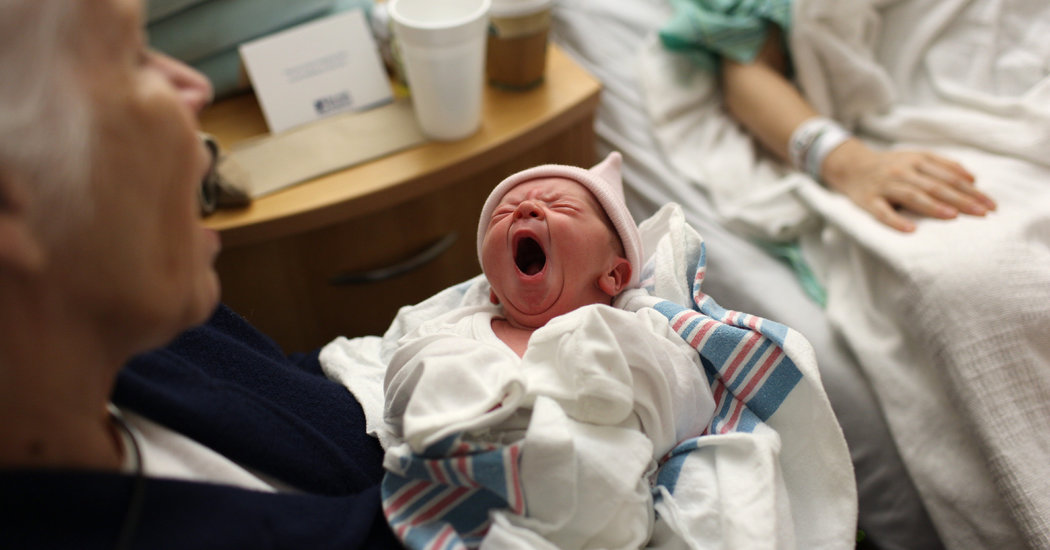 Compared with women who have never given birth, those who recently had babies may have a slight increased risk of breast cancer that peaks after about five years and then gradually declines, according to a study published this week.

The degree of risk increases with the mother’s age at the time she gave birth.

The results sound disturbing, especially for women who already have more than enough stress taking care of young children. But even with the increase, the risk of breast cancer in young women before menopause remains very low, researchers say.

“We don’t want women to feel alarmed or frightened,” Hazel B. Nichols, an epidemiologist at the University of North Carolina Lineberger Comprehensive Cancer Center, and the lead author of the study, said in an interview.

The results, based on pooled data from 15 studies involving 890,000 women, were published in Annals of Internal Medicine.

To show that the risk is small, Dr. Nichols explained that in women between the ages of 41 and 50 who had given birth in the previous three to seven years, the study found that 2.2 percent developed breast cancer, while in those who had not had babies, the figure was 1.9 percent. The increase in risk lasted for about 20 years. No rise in risk was detected in women who had babies before age 25.

But having children also seems to make it less likely that breast cancer will develop later in life, when the disease becomes more common, said Dr. Katrina Armstrong, physician in chief at the Massachusetts General Hospital and an expert on cancer prevention, who wrote an editorial that accompanied the study.

The median age at diagnosis is 62. Other studies have shown that women who had children appear to gain a protective benefit against breast cancer later in life, which Dr. Armstrong said is likely to far outweigh the earlier rise in risk.

“In almost every study, the overarching result is that having children reduces your risk of breast cancer over your life time,” Dr. Armstrong said in an interview.

She added that although the transient increase in risk is small, it is important for women who have given birth recently to see a doctor if they notice anything abnormal in their breasts, and not to chalk it up to some quirk of pregnancy, childbirth or breastfeeding.

Both researchers said that the findings should not influence women’s decisions about if or when to have children. But they said the information, combined with other factors like family history, reproductive history and genetic tests, could help women and their doctors assess their individual risks and decide if and when to begin screening tests like mammography.

For instance, Dr. Armstrong said, a woman who had no children before 25 and gave birth in her late 30s might decide to start screening earlier.

Health authorities differ in recommendations about when mammography should begin and how often it should be done.

The studies were observational, meaning they were not controlled experiments, but were based on following patients’ histories and looking for patterns and associations. Such studies cannot prove cause and effect, but in this case they are the only source of information because women cannot be picked at random and assigned to groups that either do or don’t have babies.

Paradoxical as it may seem that childbirth could both raise and lower the risk of breast cancer, researchers say that appears to be the case. The pattern has turned up in study after study.

The reason is not known, but there are possible explanations. The risk might increase after birth, Dr. Nichols said, because “there is rapid cellular proliferation in the breast, and any time where tissue or cells are rapidly growing, there is a small potential for errors to be made when a cell is copying or dividing, or if there is an error in the cell, there’s an opportunity for it to be copied and reproduced many times.”

As for the protective effect of childbirth, she said that when breast tissue goes through the complete development process involved in producing milk, it becomes less susceptible to developing cancer later in life.

Dr. Armstrong said other factors might also be involved, like changes in the immune system related to pregnancy or to the stress and fatigue of caring for young children, or to changes in the microbiome in the breast.

The average age of women entering the studies was 41.8 years, ranging from 16 to 54.9. On average, they were followed for 10.8 years, but not past 55. Those who had children when they were young were followed for decades, long enough for researchers to see that the risk gradually diminished, and at about 24 years after the last birth, the protective effect actually emerged.

Because so many women were studied, the researchers were able to get meaningful information about various factors that could influence the odds of developing breast cancer. They found that the transient risk increased in women who had more than one child or were older at their first birth, and in those who had a family history of breast cancer. Contrary to popular beliefs, breastfeeding did not lower the risk that followed childbirth, though it does appear to have a protective effect later in life.

Most breast cancers, 70 percent or 80 percent, are “ER positive,” meaning that the hormone estrogen helps them grow. The study found that in women who had another type of breast tumor — ER negative, or not sensitive to estrogen — the late-in-life benefit of childbirth never kicked in.

Dr. Nichols said that the point of the study was to help determine how the risk factors for breast cancer change over the course of a woman’s life.

“We have to move to really understanding the biological mechanisms,” Dr. Armstrong said. “We’re going to have to take these studies and the transformation in our ability to study human biology, using new tools like genomics, proteomics and immunology. Otherwise, you just create a kind of pregnancy scare.“

FacebookshareGoogle+sharePinterestpin it
How ‘Baby, It’s Cold Outside’ Went From Parlor Act to ProblematicMedical News Today: Endometriosis after a cesarean delivery: What to know
Latest