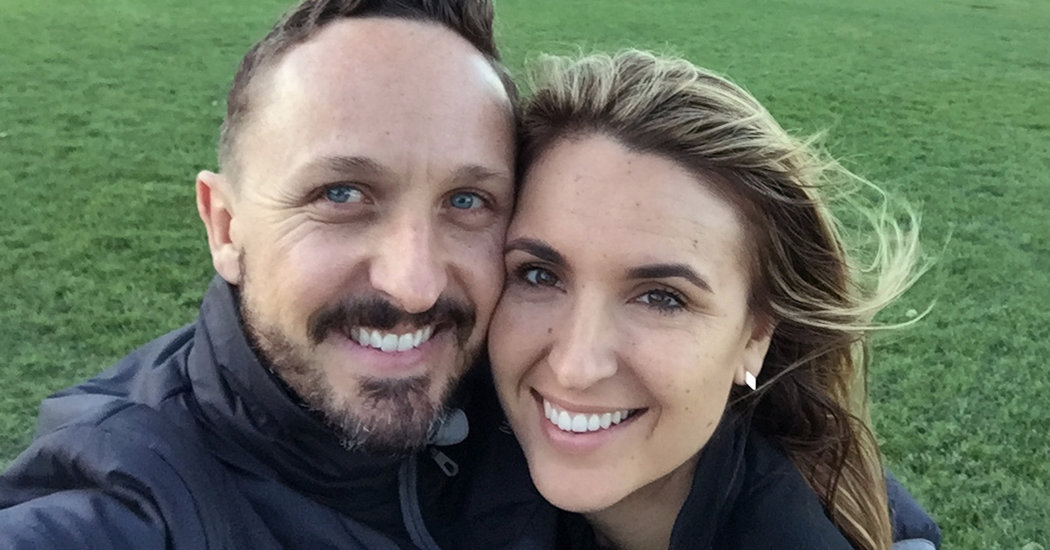 In April, Mrs. DeGrange will become the director for member development at the Riveter, a women’s online co-working space based in Seattle. She was until last month a senior sales manager at IfOnly, an e-commerce and charity start-up based in San Francisco. She graduated from Whittier College in Whittier, Calif.

She is a daughter of Beverly Lavezzo Horvath and Dr. G. Dennis Horvath of Solvang, Calif. The bride’s father is an orthopedic surgeon and the director of the orthopedic residency program at Community Memorial Hospital in Ventura, Calif. Her mother is a registered nurse working at multiple orthopedic surgery centers in Ventura and Santa Barbara, Calif.

Mr. DeGrange is the founder and chief executive of Round Barn Labs, an online marketing firm in Seattle. He graduated from the University of California, Santa Barbara.

He is the son of Virginia Armstrong DeGrange and Ronald D. DeGrange of Santa Rosa, Calif. The groom’s parents are the owners of the Cloverleaf Ranch in Santa Rosa, which is being rebuilt as a result of the Tubbs fire, one of the most destructive wildfires in California history, which occurred in October, 2017.

The couple both grew up riding horses — she in Winter Park, Fla., and he on his family’s ranch in Santa Rosa. They were inspired to start a company together, SaddleUp, an online marketplace for buying, selling and leasing horses based in Seattle that is scheduled to open in the fall.

The couple met in Ventura at a mutual friend’s holiday party in December 2013.