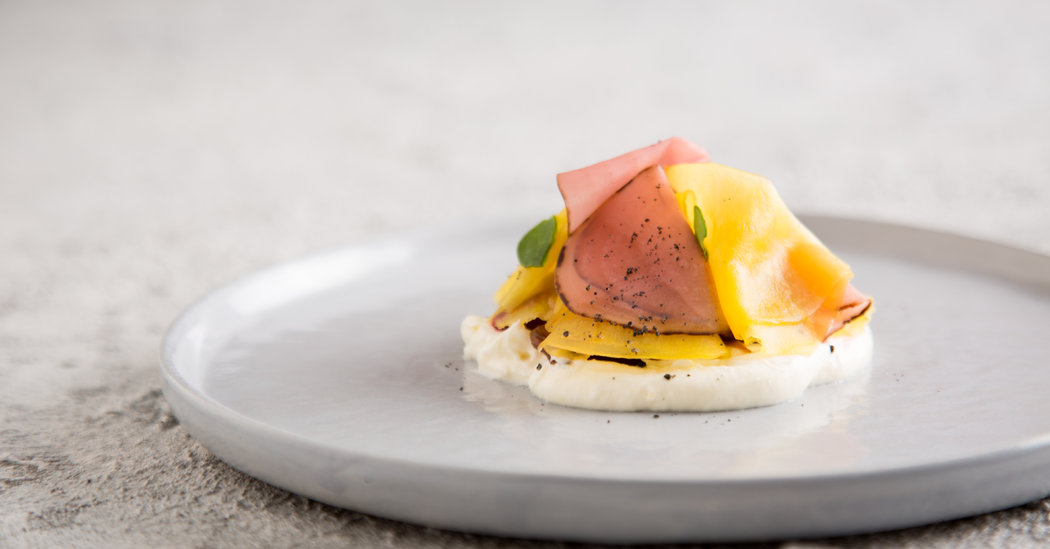 Ask the chef Scott Smith what makes Fhior, his new modern Scottish Edinburgh restaurant, unusual, and his answer is: “The bread.”

As Mr. Smith explained it, the bread — made with beremeal, which is flour from a centuries-old Scottish grain that’s mainly grown on the island of Orkney — encapsulates the cooking philosophy that drives this restaurant, which opened in June.

“The first thing the guest eats has to be made with purpose and a lot of passion,” he said, noting that beremeal is “very, very Scotland.” Also, “Fior is Gaelic for ‘true,’ “ said Mr. Smith. who added the “h” to the name of the restaurant for stylistic reasons, “and that’s how I see what we want to be doing — we want to create food that’s true to its produce.”

The restaurant, which Mr. Smith co-owns with his wife, Laura, focuses on as-local-as-possible Scottish ingredients done with Nordic touches and a Japanese-style aesthetic. Meat can come from farms in the Shetland Islands or the Scottish Borders, seafood from Northern Scotland and the produce is so local that some of it (recently, samphire, sea purslane and seaweed) is foraged by Mr. Smith himself. “Your creativity is heightened when you go out there and see what’s growing,” said Mr. Smith, who opened the restaurant after leaving Norn, which was named “Restaurant of the Year” by The Edinburgh Evening News just as he was leaving.

At Fhior (pronounced fee-OR), located in an inviting bright white space that has a bar area (with a small bar menu) and cozy dining rooms, dinner is a four- or seven-course tasting menu. It’s one that not only changes by the day or week with the seasons, but also depends, sometimes, on produce his mother may show up with from her garden in Aberdeenshire. “She just dropped off some red currants and white currants,” he said, with more than a tinge of excitement. “We’re making a carbonated foam with it to go with a fermented berry sherbet. It’s very fun, very playful, very pink.”

Mr. Smith’s playfulness extends to the way in which he presents his food. Ask to see the menu for the evening and your server will refuse. “I feel that people, as soon as they see something on the menu that they might not really be aware of, they get this real unease,” Mr. Smith said. “This allows them to try something they’ve not tried or enjoyed before. Hopefully, it also builds anticipation. We’re not just cooking because we want to feed people — we want the experience to be exciting.”

On the menu (which we received at the end of the meal) recently: A beautifully tender lamb was paired with kelp and sea buckthorn, while langoustines and lobsters were paired with tart, fermented rhubarb and barbecued cucumber for a touch of smokiness and crunch. And seaweed added texture and salt to a white chocolate and beremeal dessert.

The focus on local, small growers is evident in the wine list as well — for example, the sommelier chose an unusual and delightful sparkling wine from Ancre Hill Estates in Wales to accompany the cod, oyster and white currant dish.

As inventive as the dinner was, one of our favorite moments was when the waitress informed us that the restaurant sells its beremeal bread to the public on Saturdays. Of course we returned the next day — and just in the nick of time. All loaves were sold out in 15 minutes.

Fhior, 36 Broughton Street; www.fhior.com. An average dinner for two, without drinks or tip, is 80 pounds (about $103 at current exchange rates).