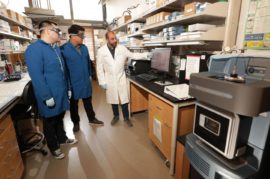 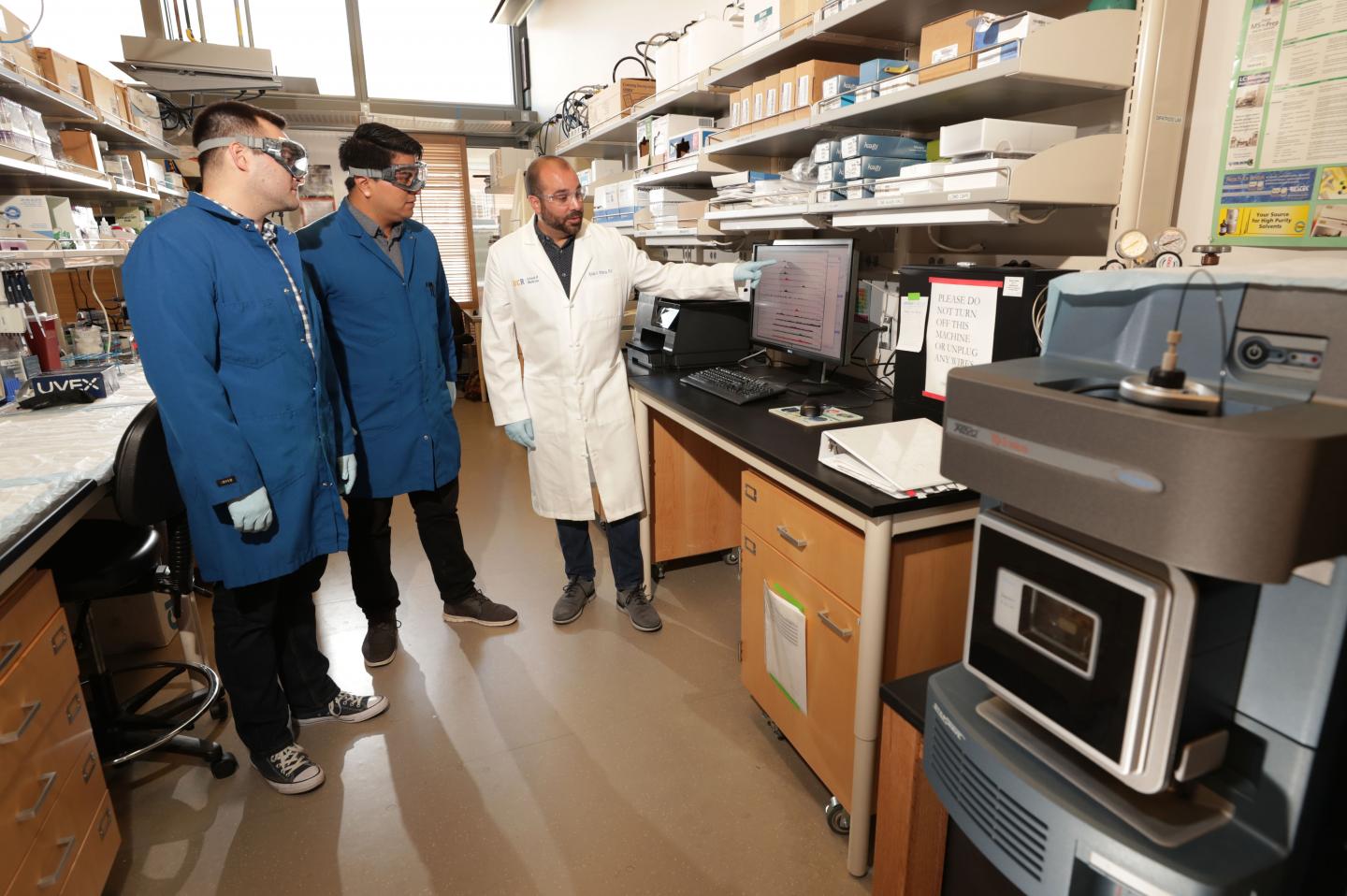 IMAGE: Nicholas DiPatrizio (right) is an assistant professor of biomedical sciences in the UC Riverside School of Medicine. He is seen here in his lab with students. view more

RIVERSIDE, Calif. — More than two-thirds of adults in the United States are overweight or obese. Eating foods containing high levels of fats and sugars — the «Western diet» — can lead to obesity and significantly reduce life expectancy.

Nicholas DiPatrizio, an assistant professor of biomedical sciences in the School of Medicine at the University of California, Riverside, has received a five-year grant of more than $1.7 million from the National Institute of Diabetes and Digestive and Kidney Diseases of the National Institutes of Health, or NIH, to identify novel gut-brain endocannabinoid signaling pathways that control feeding behavior and become impaired in obesity.

«Our work, which will be done on a mouse model, will support the discovery and development of novel therapeutic strategies to safely treat obesity and related metabolic disorders,» DiPatrizio said. «Currently, a critical barrier to effective treatment of obesity is a lack of reliable therapeutic options.»

Endocannabinoids are cannabis-like molecules made naturally by the body to regulate a wide variety of physiological processes. As with cannabis, endocannabinoids can enhance feeding behavior. The endocannabinoid system in mice is extremely similar to the one in humans.

Recent studies on mice from the DiPatrizio lab have shown that the endocannabinoid system in the gut plays a critical role in gut-brain signaling — especially where feeling satiated is concerned. The system becomes impaired in diet-induced obesity, resulting in the mice steadily gaining weight and not feeling full even after consuming a large amount of food.

«We think the endocannabinoid system gets remodeled after exposure to high-energy nutrients and contributes to overeating in diet-induced obesity,» DiPatrizio said. «Our preliminary results support this hypothesis.»

DiPatrizio explained that food intake and energy balance are controlled by a dynamic interplay of gut-brain signaling pathways; the molecular underpinnings in these processes and their impairment in obesity, however, remain poorly understood.

«What are the specific components in the Western diet that at the molecular level impact gut-brain endocannabinoid system signaling and diet-induced obesity?» he said. «We will work to identify these components.»

DiPatrizio, who recently received UCR’s first cannabis grant, will be joined in the research by doctoral students and staff in his lab.

The content of this news release does not necessarily represent the official views of the NIH. The award number of the grant to DiPatrizio is R01DK119498.

The University of California, Riverside is a doctoral research university, a living laboratory for groundbreaking exploration of issues critical to Inland Southern California, the state and communities around the world. Reflecting California’s diverse culture, UCR’s enrollment is more than 24,000 students. The campus opened a medical school in 2013 and has reached the heart of the Coachella Valley by way of the UCR Palm Desert Center. The campus has an annual statewide economic impact of almost $2 billion. To learn more, email news@ucr.edu.