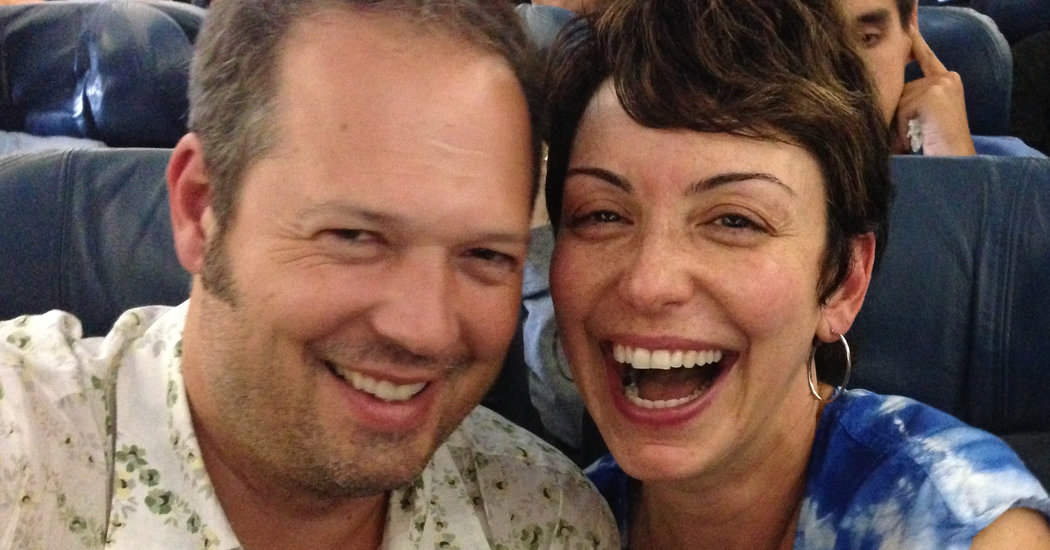 Belkys Nerey and Demetri Savvas Mouratis were married March 9 at the Bass Museum in Miami Beach. Mario Vergel, a friend of the couple who became a Universal Life minister for the event, officiated.

The bride, 52, is a television news anchor at WSVN (Channel 7) in South Florida as well as the host of “Bite with Belkys,” a cooking show that is shown Sundays on that station. She graduated form Florida International University.

She is the daughter of Cary Nerey and Roberto Nerey, both of Miami.

The groom, 50, is the senior vice president for technology, infrastructure, engineering and architecture at the Northern Trust Company in Chicago. He graduated from Beloit College in Beloit, Wis.

He is the son of Katherine C. Hansen of Urbana, Ill., and the late Savvas Demetrios Mouratis.

The couple met as the plane they were on was getting ready for takeoff at Athens International Airport in 2013.