Bats, Not Dogs, Are the Most Common Source of Rabies 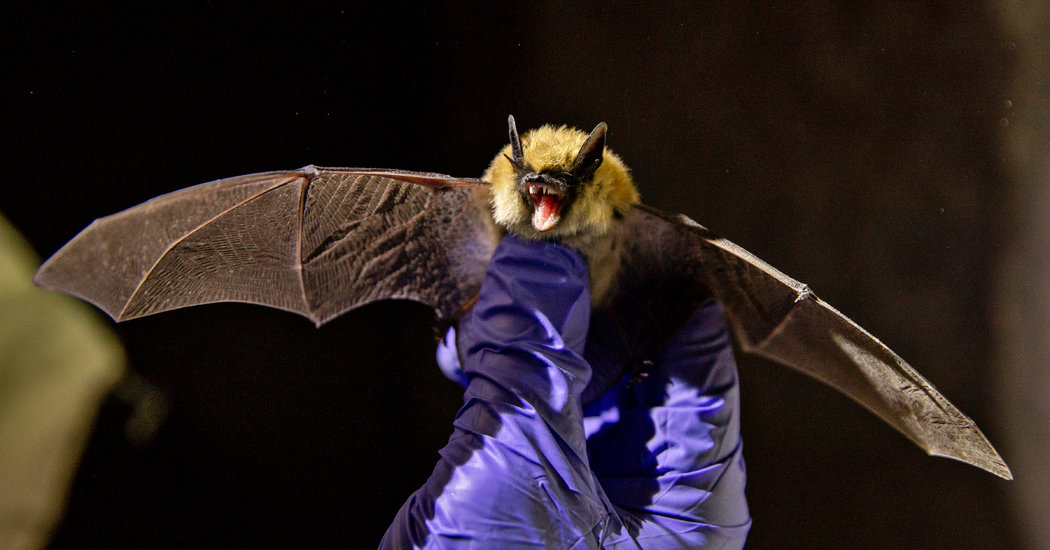 Bats are the main cause of human rabies in the United States and have been for several years, responsible for infecting seven of every 10 people who develop the disease, the Centers for Disease Control and Prevention reported on Wednesday.

Even though the actual number of rabies cases is very small, the C.D.C. made its announcement to raise awareness that bats carry rabies, said Dr. Emily Pieracci, a veterinarian with the agency.

The United States has one to three reported human cases of rabies a year. There were two deaths in 2018, and none so far in 2019.

Worldwide, rabies kills about 59,000 people yearly, almost all of those from dog bites. Rabies is 100 percent preventable if a series of shots is received before symptoms start. The United States has been free of the canine rabies virus since 2004 because of extensive vaccination of dogs, but other variants are present in wildlife, particularly bats, foxes, skunks and raccoons.

People and bats fortunately don’t come into contact all that often. But Dr. Pieracci said there had been several incidents where a number of people in one place were exposed to a bat and were unaware of the risk posed.

Only a small number of bats have rabies, perhaps one percent of the population, Dr. Pieracci said, although that is not a definite number. People have contracted rabies from bats even though they had no evidence of a bite.

The C.D.C. recommends that if you are bitten or scratched by a bat, you should immediately wash the wound thoroughly and get medical attention. Each year, about 55,000 people receive an emergency series of rabies shots, because they think they have been exposed.

Simply being in a room with a bat does not warrant shots. But if a person awakes and finds a bat in the room, or a bat has been in a room with a small child or a person who is incapacitated — mentally disabled or drunk, for example — shots could be considered.

Other recommendations include leaving wild animals alone and vaccinating pets. Cats with rabies acquired from wild animals now outnumber dogs with rabies, because so many dogs have been vaccinated.

The C.D.C. website has advice and information for travelers and anyone who has questions about rabies.

FacebookshareGoogle+sharePinterestpin it
Environmental champions honored by Toxics Use Reduction InstituteN.I.H. Head Calls for End to All-Male Panels of Scientists
Latest