Bangladeshi Food Is a Rarity Around New York. This Place Helps Fill the Void. 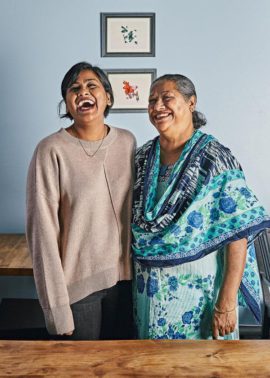 JERSEY CITY — One Monday afternoon in December, Nur-E Gulshan Rahman was perched on a hot-pink step stool, her body hunched over a boti, a steel cutting instrument she bought back in her native Bangladesh. Her face was inexplicably free of sweat as she sliced bulky calabazas into small diamonds.

A large knife might suffice for other cooks when it came to that task. But not for Ms. Gulshan, who prefers the boti, its blade shaped like a viper’s fang.

“Too hard,” she said when asked why she doesn’t use a chef’s knife. “We are not used to cutting pumpkin with the knife in Bangladesh.”

Ms. Gulshan, 61, is the chef and sole cook at Korai Kitchen, the Jersey City restaurant she opened last February with her youngest daughter, Nur-E Farhana Rahman, 31. Nur-E Farhana handles business operations and acts as the restaurant’s gregarious host. Together, they are the engine powering the city’s first Bangladeshi restaurant, housed in a former deli in Journal Square, just blocks from the thicket of Indian restaurants on Newark Avenue.

Though there is a small number of Bangladeshi restaurants in the New York City area, particularly clustered in the Queens neighborhoods of Jackson Heights and Astoria, Korai Kitchen offers an experience, both culinary and atmospheric, that is more akin to visiting a Bangladeshi home.

The restaurant is small, offering a buffet of 12 dishes for lunch and dinner. The menu changes twice a day. There are bhorthas, or mashes, made of boiled eggplants, of tomatoes, of potatoes. Light curries of fish like hilsa or rui, of hard-boiled eggs, of chicken in coconut milk. For dessert, there is mishti doi, “sweet yogurt,” the soft, pastel color of peaches and silky on the tongue.

There is no à la carte menu. “We knew there’d be a lot of people who might be a little hesitant or uncertain about what to order, what to expect, what dishes smell like or taste like,” Nur-E Farhana explained. “The buffet was an easy way to literally put it all out there.”

Korai Kitchen, which the women own together, grew out of a mother’s love for cooking and her daughter’s desire to showcase its glories. Neither had experience working in a restaurant: Nur-E Gulshan, who moved to Jersey City from Dhaka in 1986, once designed jewelry for a living before managing her husband’s convenience store. Nur-E Farhana, born and raised in Jersey City, worked in management consulting. 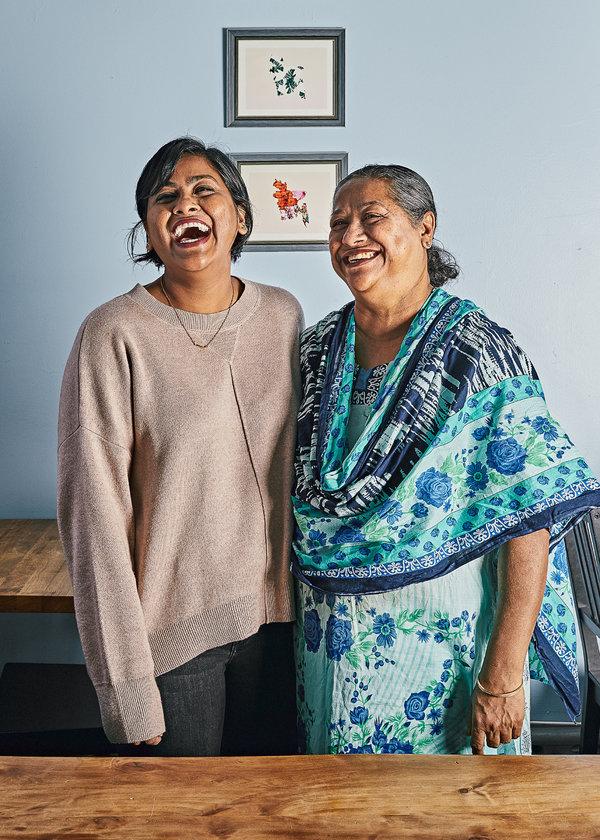 Nur-E Farhana Rahman, left, and her mother, Nur-E Gulshan Rahman, are the co-owners of Korai Kitchen, Jersey City’s first Bangladeshi restaurant, which they opened in February. CreditJenny Huang for The New York Times

“I love feeding people,” said Nur-E Gulshan, who began cooking as a 16-year-old newlywed in the Bangladeshi city of Bogra. “Since my kids’ friends come over, they always said: ‘Auntie, why don’t you open a restaurant? Your food is so good!’ Always, I thought they are just telling me as courtesy. Then they grew up, and they’re still telling me to do the same.”

So she listened to their pleas: She began a catering service in 2015. A steady stream of loyal customers gave her the confidence to open a restaurant.

For her, maintaining the restaurant is exhausting, joyous work. (She is also the sole owner of New Hilsa Grocery Store, around the corner.) The pumpkin she was hacking into chunks that afternoon went inside one of the restaurant’s most popular dishes, pumpkin shrimp curry. It’s spiced with restraint, the squash softened but still firm, the shrimp cooked to just-tender.

“It’s not something you can walk into an Indian restaurant and get,” Nur-E Farhana said. “Even though it’s mostly Bangladeshi people working there, right?”

There is a long, often-unexplored history of Bangladeshi immigrants’ owning nominally Indian restaurants in the United States. But the food isn’t Bangladeshi, nor does it reflect the varied regional cuisines of India, one of the largest and most populous countries in the world.

Nur-E Farhana is steadfast in distinguishing her mother’s Bangladeshi food from the Indian food typically encountered in restaurants in America: “Chicken tikka masala, butter chicken, paneer,” she said with a sigh.

That is why she has made a point of building such distinctions into Korai Kitchen’s branding. The description on the restaurant’s Instagram account, which Nur-E-Farhana runs, reads “#NoChickenTikkaMasala.”

“The biggest thing we hear from customers is that it’s not as heavy,” she said of her mother’s food, compared with the dishes they’ve encountered at Indian restaurants. “There’s no heavy cream. We don’t use much dairy.” Nur-E Gulshan’s delicate chicken korma, for instance, is made with ginger, garlic, nutmeg, cumin, coriander, raisins, ghee and a touch of yogurt.

Clockwise from top, khichuri, pumpkin shrimp curry and mixed vegetables cooked in spices.CreditJenny Huang for The New York Times Nur-E Gulshan Rahman cooks her Bangladeshi pumpkin shrimp curry, one of the restaurant’s most popular dishes. The shrimp is tender, the pumpkins are soft and the dish is spiced delicately with a few green chilies.CreditJenny Huang for The New York Times

More difficult for both women, but just as crucial, is making it clear that their dishes come from Bangladesh, rather than from the neighboring Indian state of West Bengal.

Understanding the differences between these two cuisines requires a brief history lesson, centered on two seismic events. The violent partition of India in 1947 split British India into the India of today, West Pakistan and East Pakistan. But it wasn’t until the Bangladesh liberation war in 1971 that East Pakistan became Bangladesh.

Korai Kitchen has begun to attract patrons from outside of Jersey City for its celebration of home-style Bangladeshi cooking. CreditJenny Huang for The New York Times

For a long time, such divergences between West Bengali and Bangladeshi food didn’t register in the restaurants of America. Many Bangladeshi immigrants came to New York in the 1970s, and opened restaurants that were Indian in name, on the assumption that potential customers were aware of India but didn’t know much, if anything, about Bangladesh.

“Back then, that was probably the logical thing to do to make it accessible: to make it Indian,” Nur-E Farhana said. “You were at least familiar with India as a country, so it made sense to label it that instead of something you couldn’t even pronounce.”

The restaurateurs and chefs filled their menus with dishes that some diners may reflexively associate with Indian cuisine, the chicken tikka masalas and palak paneers Korai Kitchen wants to move away from. (A similar phenomenon exists in the United Kingdom, where a 2017 report in The Guardian estimated that about 80 percent of the chefs in Britain’s curry houses hail from the Sylhet region of Bangladesh.)

What has resulted is an unsettling truth: Bangladeshi immigrants mostly created what New Yorkers have come to know as Indian food, perhaps at the expense of Bangladeshi cuisine.

Krishnendu Ray, an associate professor and chairman of the food studies department at New York University, whose father is Bengali, is hopeful that Bangladeshi food will overcome its visibility problem in the United States.

“But it is going to be slow both because of small numbers and nature of the cooking under consideration,” he said, referring to the scarcity of Bangladeshi restaurants. “Unless it is subtle home cooking, it will be very difficult for an American audience to be able to distinguish between the standard Indian-restaurant curry and Bangladeshi food.”

Korai Kitchen is built on this kind of home cooking — uncomplicated, but imbued with distinct flavors. “I’m mixing it with a little bit salt, turmeric and chile powder, nothing else,” said Nur-E Gulshan as she massaged eggplants she had cut into round slices for the dish begun bhaja. “I don’t use too many ingredients. I just like simple.”

Moments later, she slipped the slices into a pan, shallow-frying them in oil until they turned crisp, their skin no longer violet but black as tar, their flesh brown like chestnut husks.

The front window of Korai Kitchen displays the Bengali word shagotom, meaning welcome. The restaurant is on an unassuming street in Jersey City, blocks from the PATH station in Journal Square.CreditJenny Huang for The New York Times Three small side dishes of bhorthas, or mashes, which the women serve at every meal. Clockwise from top left, aloo (potato) bhortha, begun (eggplant) bhortha, and tomato bhortha.CreditJenny Huang for The New York Times

Her cooking has resonated with patrons like Noor Shams, a Bangladeshi food blogger who now lives in Astoria, Queens. Ms. Shams came across Korai Kitchen on Instagram this spring, and though she lives close to Bangladeshi restaurants like Boishakhi, in Astoria, and Premium Sweets, in Jackson Heights, she prefers the hour-plus trek to Korai Kitchen.

“The food I get at Korai Kitchen is truly more representative of what I personally grew up with at home from my mom’s kitchen, both in terms of taste and selection of dishes served,” Ms. Shams wrote in an email. “Besides being delicious, the food is a lot lighter than what you’d find at other Bangladeshi restaurants and more similar to what you’d find in people’s homes.”

This was always the intention, said Nur-E Farhana: to spotlight her mother’s home cooking, like her khichuri, a dandelion-yellow tangle of masoor and moong dals, rice, onions, chiles, ginger, garlic, cardamom, cinnamon, cloves and turmeric.

Lately, Nur-E Farhana has begun encouraging patrons to eat with their hands, too, just as she did at her family’s kitchen table as a child.

“I always like to eat Bengali food with my hands,” she said, before catching herself. “Bangladeshi food.” 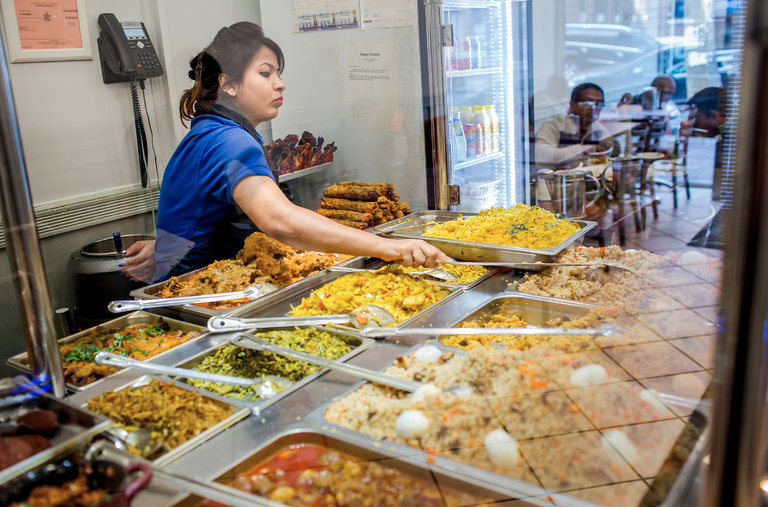 Bangladeshi Flavors Alongside Burgers and Chicken at Neerob 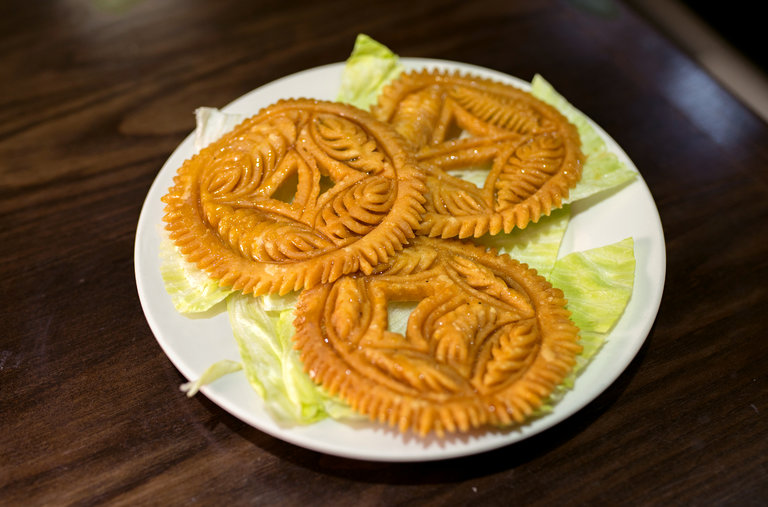 FacebookshareGoogle+sharePinterestpin it
What to Cook: Happy New Year!Medical News Today: Diabetes and erectile dysfunction may be genetically linked
Latest