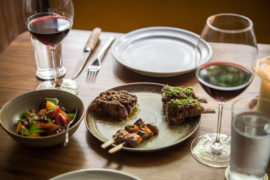 Building on the success of their modern Parisian-style restaurant, Mimi, Louis Levy and the brothers Daniel and Evan Bennett are opening this somewhat scaled-down bistro nearby. The partners, who have worked in a number of restaurants, describe the new venture as more casual, and it will eventually be open for breakfast, lunch and dinner. The chef and partner, Efrén Hernández, who studied filmmaking at New York University and cooked at Faro in Brooklyn, will run both kitchens. His cooking will reflect a recent visit to the Basque Country in northern Spain. “We saw such bright, simple flavors there,” he said. “We’ll serve a rib-eye grilled over charcoal with peppers.” Other dishes include grilled dorade with two sauces, chicken andouille with beans, and lobster grilled in cedar. There’s an intimate bar at the entrance, and a dining room seating about 40 beyond. The décor reflects early 20th-century European style with honeyed burled wood accents and forest-green upholstery. (Opens week of June 17)

Here, the inspiration for the executive chef, Bryan Noury, is global, with an array of dishes of the moment like grilled octopus with romesco sauce, hamachi crudo and a 45-day dry-aged beef burger.

This new ground-floor dining area in the Williamsburg Hotel replaces Harvey, a restaurant that was in business for a shorter amount of time than it took to open, the result of countless complications. The chef, Melissa O’Donnell, offers Eastern Mediterranean flavors: fried cauliflower with sumac and tahini, smoked eggplant fatteh with chickpeas, and mussels steamed in arak. (Thursday)

Ingo’s at the High Line Hotel

This summer’s iteration of the hotel’s generous outdoor garden space, open until early fall, was named for Ingo Swann, a notable cosmologist, artist and psychic. To go with a long list of libations, including slushy coolers, are bar snacks like truffled popcorn and pretzels.

A pop-up of this Florentine sandwich shop and its chef, Tommaso Mazzanti, will be in residence in the bar area at Otto Enoteca e Pizzeria until mid-July, serving five special combinations like the Washington Square Park, with lardo, Gorgonzola, pear, truffle cream and fried zucchini on freshly baked focaccia. (Thursday)

These two Brooklyn favorites with outlets in Manhattan have added outdoor summer pop-ups in Rockefeller Center. Roberta’s has a kiosk where four types of nine-inch pizzas are served. Red Hook Lobster Pound has parked its truck next to it, serving four types of lobster rolls, as well as hot dogs, vegetable dogs and Steve’s Key Lime Pie.

Michael Toscano, who was the executive chef of Perla, will be returning to Minetta Lane. Later this year he will open this restaurant, which his wife, Caitlin Toscano, will run. The two also own La Farfalle in Charleston, S.C.

24 Minetta Lane (Avenue of the Americas).

This popular shoe box of a Mexican shop and canteen will close Sunday. “We had a good following, but the numbers just didn’t add up,” said Guillaume Guevara, the owner. He is thinking of moving back to Mexico City to immerse his young son in Mexican culture. “Mexico City is booming foodwise and artwise,” Mr. Guevara said. He will also shut down his shopping website, which he said never took off because of competition from Amazon.

At the end of June, the young, high-profile chef Flynn McGarry will close his restaurant for the summer. Starting July 1, he plans to take it on the road for pop-up events here and abroad.

This Italian seafood restaurant near Times Square will be closed until early July after a small fire. It was under renovation and supposed to reopen sooner. Last month, Dave Pasternack, the chef, bought the controlling interest in the restaurant with Victor Rallo, a Staten Island restaurateur. Esca was owned by the Bastianich group, which formerly included Mario Batali.

At Gem, a Teen Wonder Plays in the Big Leagues 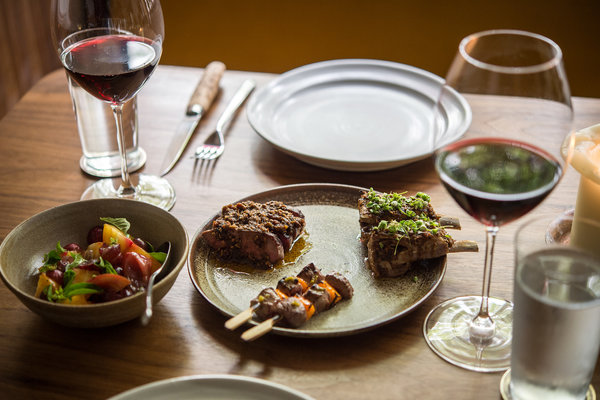 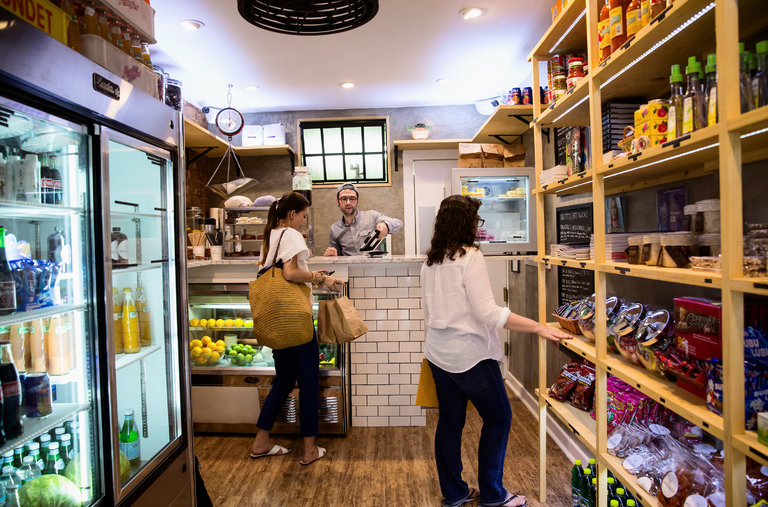 FacebookshareGoogle+sharePinterestpin it
How to Make Perfect Sweet Potatoes Every TimeOn a Dutch Island, Sunsets, Bike Rides and the Great Lamb Chase
Latest