At Fashion Awards in London, a Welcome Dose of ‘Markle Sparkle’ 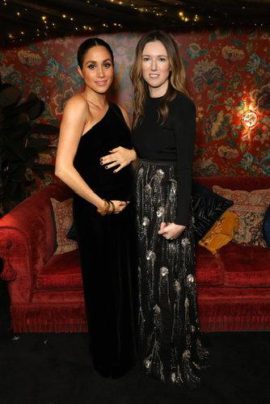 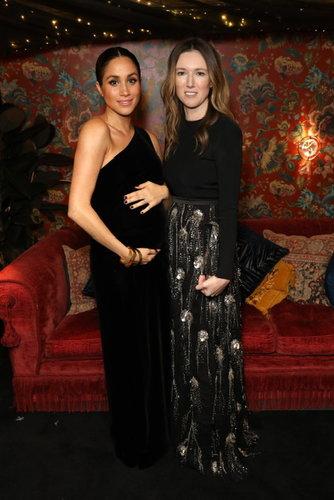 Meghan Markle, the Duchess of Sussex, with the artistic director of Givenchy, Clare Waight Keller. Ms. Waight Keller won the award for British women’s wear designer of the year on Monday.CreditBritish Fashion Council

LONDON — After a miserable day for Britain, when the economic and political future of the country remained uncertain and the battle over how to leave the European Union tore politicians apart, the annual Fashion Awards (Britain’s answer to the Met Gala) came as something of a glittering balm Monday night. A red carpet scattered with Swarovski crystals led the way to an evening full of fairy tales and elegance, escapism and surprises.

Starting with the arrival of a beaming Meghan Markle, the Duchess of Sussex, wearing a one-shouldered black velvet evening gown and stroking her pregnant belly. Almost all of the 4,000 guests assembled inside the Royal Albert Hall, one of London’s grandest buildings, were stunned when the duchess emerged to present Clare Waight Keller, the artistic director of Givenchy, with the award for British designer of the year for women’s wear. The pairing did make a certain amount of sense, given that Ms. Waight Keller designed the dress the duchess wore when she married Prince Harry in May.

“It is such a pleasure to be here, celebrating British fashion and designers, in my new home, the U.K.,” the duchess said, drawing cheers from the crowd. “We have a deep connection to what we wear. Sometimes it’s deeply personal, sometimes it’s emotional. And tonight it is about supporting and empowering each other, especially as women.” 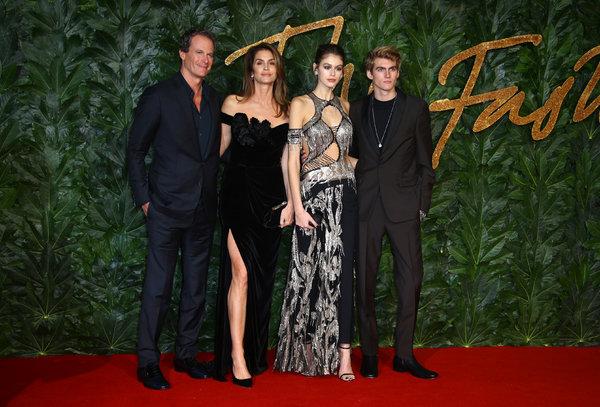 Kaia Gerber, third from left, was named model of the year. She is pictured with her family, from left: Rande Gerber, Cindy Crawford and Presley Walker Gerber.CreditJoel C Ryan/Invision, via Associated Press

Praising the “vision and creativity, but also incredible kindness” of a visibly stunned and tearful Ms. Waight Keller, the duchess added that “the culture of fashion was shifting, it feels, from one where it was cool to be cruel, to one where it is now cool to be kind.” The two women, both appearing elated, then embraced.

While the overall atmosphere was one of celebration and optimism, this year was also marked by heightened emotions (perhaps understandably, given the unease that surrounds the future of every British industry, including fashion). Richard Quinn, winner of the award for British emerging talent in women’s wear, cried softly as he accepted his prize and thanked his parents. Not so quiet was Vivienne Westwood, who was presented with the Swarovski award for positive change in recognition of her work on humanitarian and environmental issues.

“I have a plan to change the world, but I really do need you to help me, I can’t do it on my own,” Ms. Westwood said in a rambling speech that touched on issues as varied as the rotten financial system to climate change, the shortcomings of the president-elect of Brazil, Jair Bolsonaro, and the recent “Yellow vest” protests that have swept through Paris and other French cities in recent weeks.

“Nothing will work until we urgently change the system, the system is totally broken and time is running out,” Ms. Westwood declared, before being gently ushered offstage by the model Jerry Hall.

And so it went. The fashion photographers Mert Alas and Marcus Piggott, who received the Isabella Blow award for fashion creators from Kate Moss and Penélope Cruz, spoke to the hundreds of fashion students sitting in the rafters, pushing them to follow their passion at a time when London’s ability to maintain its reputation as a melting pot of young talent seems up in the air. (The fashion awards ceremony is also a fund-raising bash for the British Fashion Council’s Education Foundation, which provides design scholarships and supports apprenticeships).

“I came to Britain as an immigrant with dreams of being an artist too,” Mr. Alas said. “Your guts are your guns. Keep fighting for your vision and have fun, like I did.”

It’s a sentiment that was echoed by Miuccia Prada, who received the outstanding achievement award after 40 years as the creative leader of her family company; Pierpaolo Piccioli of Valentino, designer of the year; Kim Jones, Dior Men’s artistic director, winner of the Trailblazer award; Kaia Gerber, surrounded by her family, who scooped the prize for model of the year; and Virgil Abloh, artistic director of men’s wear at Louis Vuitton, who took home the Urban Luxe award for his work at Off-White.

But it was Ms. Waight Keller who summed it up best. “This is just an incredibly special moment,” the British designer, 48, said, after paying tribute to Hubert de Givenchy, and honoring her team at the French fashion house, as well as the Duchess of Sussex.

“This woman is so amazing,” Ms. Waight Keller said as guests whispered about the possibility of seeing more “Markle Sparkle” in the fashion world in the future. “I have got to know Meghan on such a personal level. And to have someone like that trust you in an incredible moment in their life — their wedding day — is just the most unbelievable honor. I can’t thank you enough, but thank you again. Thank you, thank you, thank you.”