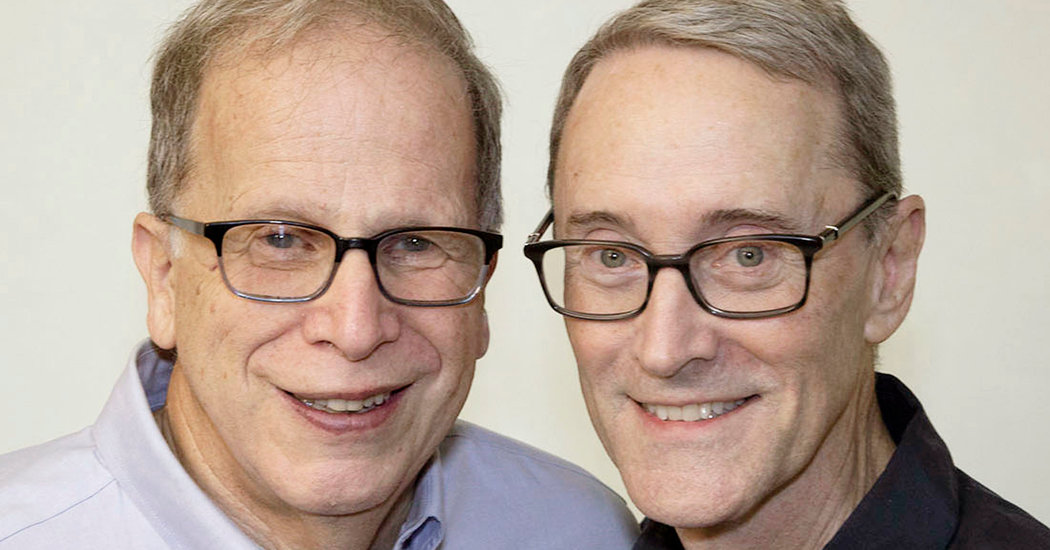 Arthur Roy Pinto and Stephen John Bohlen were married Dec. 18 in the Manhattan chambers of Claire R. Kelly, a judge on the United States Court of International Trade who is also a friend of Mr. Pinto.

Mr. Pinto (left), 71, is a professor emeritus at Brooklyn Law School, where he retired in August after teaching business law for 34 years, and where he helped found and direct the Dennis J. Block Center for the Study of International Business Law. He has also taught at the law schools of Seton Hall, George Washington University and N.Y.U. He graduated from Colgate and received a law degree from N.Y.U. Mr. Pinto, who is a former associate in corporations and bankruptcy at Weil Gotshal & Manges, taught and wrote on business law including the fifth edition of «Understanding Corporate Law» (2018). Recently, he endowed an annual summer fellowship at Brooklyn Law School to fund a student advancing L.G.B.T. rights.

Mr. Bohlen, 67, is a retired health care executive of the New York City Health and Hospitals Corporation, where he served as corporate director of intergovernmental affairs and, most recently, as senior director of planning, communications and press activities at Bellevue Hospital Center. He graduated from the University of Cincinnati, from which he also received a law degree. He also received a master’s degree in health services administration from the New School for Social Research.

He is a son of the late Mary V. Bohlen and the late Frederick R. Bohlen, who lived in Cincinnati. Mr. Bohlen’s mother won a national oratorical contest in 1941 sponsored by the Catholic Student’s Mission Crusade and presided over by New York Archbishop Francis J. Spellman. As a result, his mother had tea with Eleanor Roosevelt at the White House. The groom’s father, a World War II veteran, was a tax partner in Ernst and Young.

The couple met Dec. 18, 1994 on a blind date facilitated by mutual friends in New York, and chose that date on which to marry to mark their 24th anniversary as a couple.