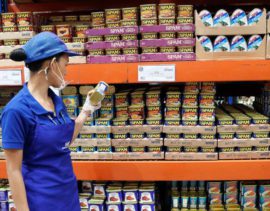 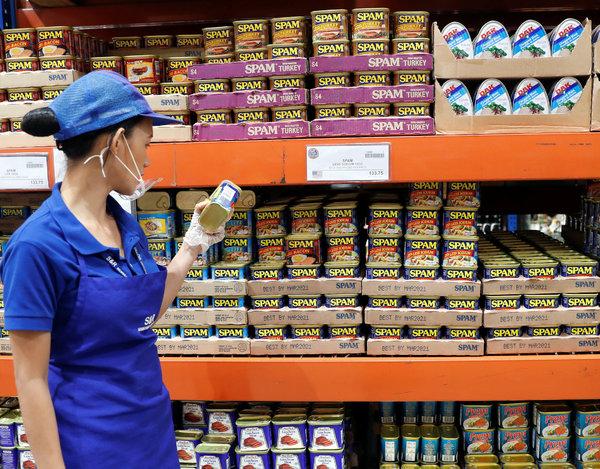 A fellow worker (at a store in the greater metro Manila area) checks her spam.CreditErik De Castro/Reuters

It was 8:03 p.m., Wednesday, Dec. 12, and my body had sent me a notification, via my throbbing skull: You’re probably getting the flu. Facebook, too, had just notified me, via an alert on my phone, of its own plan for me: “You and Rosie Schaap are celebrating two years of friendship on Facebook.”

Over the next few days, my body followed up with a series of messages: you have a sore throat; you have a fever; you have the chills. In that same period, Facebook emailed me four times. “See Rosie Schaap’s message and other notifications you’ve missed,” it demanded on Thursday, then on Friday, then again on Sunday and once more on Tuesday.

I had not. “Rosie Schaap’s message” did not exist; it was the automatic notification generated by Facebook, about the anniversary of the moment we added each other to Facebook’s database of human connections.

Rosie is a brilliant writer. She is also someone I barely know. We became Facebook friends the day after we hitched the same ride to a company holiday party in 2016. Aside from two birthday-wishing wall posts (thanks and sorry!), we hadn’t interacted on the platform.

I asked Rosie if she had gotten a similar notification about, or “from,” me, and she hadn’t, but she said she had removed Facebook Messenger from her phone some time ago. It was a decision that she said “I think has improved my quality of life generally,” but it had also left her out of our Facebook “celebrating.” And so we had reconnected, to the extent we had ever connected on Facebook in the first place. I had done as I was told.

The emails, however, would not stop. Like many millions of others, I get emails from Facebook all the time. Some days I get three, some days none. In November, I got 42.

Each one is deceptive in its own way. “[Person whose profile I checked not so recently] has posted an update” is a subject line that shows up frequently, but the email body contains nothing more than the same text, with a link and a big button that says: “View.” Underneath, it will say something like “13 people reacted to this,” and below that, there will be another button that simply says: “Open Facebook.”

Others include “[Old acquaintance] commented on his photo” and “[Cousin] shared [stranger’s] post,” which open to emails that never contain a photo, or a post, just the same set of solicitations to visit Facebook.

Among the manifold benefits of being a large social platform are the ways in which your users are made to feel complicit in their own immiseration, and the related tendencies to minimize the problem in the first place. Both are surely working in Facebook’s favor here.

First: Who honestly cares? They’re just emails! It’s just Facebook! I don’t have to open these emails, and my inbox automatically puts them in special tab. And also: I don’t have to use Facebook in the first place, and I could turn off emails — while these messages contain almost nothing in the way of information, they do contain an “unsubscribe” link.

And, besides, anyone with an internet connection should know that any company to which you give your email address should be expected to use it as much as possible.

But, in order: I did turn off emails from Facebook a long time ago, and they mysteriously resumed in October. I will again reflexively blame my own actions for this — maybe it was when I installed Messenger on my phone, somehow, after missing a message from a source? — before remembering that whatever I did, or installed, I definitely didn’t ask for this.

I very rarely use Facebook in general, and remain there for increasingly contradictory and decreasingly defensible reasons, most of which amount to momentum and some muttering about network effects. According to the activity page on my Facebook account, the last two months contain one action each: a new friend in December and, in November, “liking” the page of the newspaper section for which I work.

I am disengaged to the point that the service is creating far more content about my interactions than there are interactions to create content about. (If you want to understand how a social network thinks, give it very little to work with — its assumptions become very stark, very fast.)

There was also a time not so long ago when Facebook’s emails contained the entirety of the things they described: the post, or the photo, or, at least, the text of that “message” from a friend.

And, sure, my inbox is otherwise full of solicitations from various companies to buy their products or use their services or read their content. They share a set of obvious tactics: overpromising and underdelivering; creating unnecessary mystery in subject lines; manufacturing urgency at commodity scale.

In aggregate, over time, these thousands of solicitations and misdirections have gently but constantly made my inbox a worse place. I’ve dealt with this by using a combination of filters, new email apps and rationalization. It’s a situation much like the one Facebook has struggled with for years on its own service.

Since the advent of the News Feed — it was about a dozen years ago that the company created a stream of content for its users to endure — Facebook has made clear its disdain for what it has called, variously, “low-quality content,” “low-quality web page experiences” or, occasionally, “engagement bait.”

Facebook may insist that it was taken by surprise by the political actors that have abused its platform, and that it has been waging an open war against deceptive, manipulative or inauthentic content on its service for years. Recently, it has become more comfortable in asserting what presentations of content are acceptable. In May 2017, the company told page operators:

We hear from our community that they’re disappointed when they click on a link in News Feed that leads to a web page that contains little substantive content, and is covered in disruptive, shocking or malicious ads.

Sounds annoying! Later that year, Adam Mosseri, then the vice president of News Feed, and now in charge of Instagram, wrote, in part:

Today we are making an update to help reduce low quality links in News Feed. We are always working to improve people’s experience in News Feed by showing more stories that we think people will find informative and entertaining.

Our research shows that there is a tiny group of people on Facebook who routinely share vast amounts of public posts per day, effectively spamming people’s feeds. Our research further shows that the links they share tend to include low quality content such as clickbait, sensationalism, and misinformation.

It would be terrible if someone did this to something I use on a daily basis. Arrest them, please! Here’s Mark Zuckerberg, in a 2018 interview with Vox:

There was this issue with clickbait, where there were a bunch of publications that would push content into Facebook, [and] people would click on them because they had sensational titles but then would not feel good about having read that content.

People who “would not feel good” about content they expect to be “sensational” sounds like a tiny but probably less than optimal experience, and it would be a shame if it happened all the time!

Facebook has also long warned its advertisers — abuse from whom the platform has had much less trouble detecting or anticipating — to be careful. On a page titled “Avoid Creating Negative Experiences for People Who See Your Ads,” the company lists “attributes of landing pages and ad content that people consider low quality and associate with negative experiences.”

Ads that purposefully withhold information are ones that entice someone to click a link in order to understand the full context of something.

So: Spam for me, but not for thee! Of course, we don’t need to place Facebook’s email behavior in the context of the service itself to understand what it is the company is doing. We all know the word for nagging promotional emails sent with no regard for the general well-being of our inboxes: spam.

But Facebook isn’t just another e-commerce operation trying to get you to buy something else, or a publication trying to get you to resubscribe, or a scammer trying to fix your erectile dysfunction or let you in on the ground floor of the latest cryptocurrency or both. It’s Facebook! Like email, it’s a near-universal online service. It wants people to use it and its sister apps for basically everything, which makes it sort of a competitor to email.

In 2010, it even provided users with @facebook.com email addresses, and linked them to their Facebook inboxes. “It seems wrong that an email message from your best friend gets sandwiched between a bill and a bank statement,” the company wrote at the time. “With new Messages, your Inbox will only contain messages from your friends and their friends. All other messages will go into an Other folder where you can look at them separately.” (The service has been discontinued.)

When a platform like Facebook — or Twitter or LinkedIn, both declared enemies of engagement bait and world-class engagement baiters themselves — tells us our inboxes deserve this kind of abuse, listen to them. As much as email may be a source of dread or anxiety or just work for many of us, and as dominated as it is by other tech giants like Google, it’s still anchored in a vision of the internet that assumes a degree of user control as the default.

People keep email addresses for decades. You could create an email server tomorrow, with your own address, and it would work fine. Email is a sprawling phenomenon of protocols and standards — it is people communicating through a shared system, not just using the same product. It’s a network in which users have at least a little bit more of a stake, which helps to explain both why it can feel so unwieldy and why it’s still around.

And as the tech giants ask you to trust them with ever more access to your work and personal lives, consider what they’ve done with the first piece of information you entrusted to them, all these years later: your email address.

Want less email from Facebook?
Here’s one way!
How to Delete Facebook
Lost faith in Facebook after data leakages, breaches and too much noise? Here’s a guide to breaking up with the social network and its photo-sharing app for good. 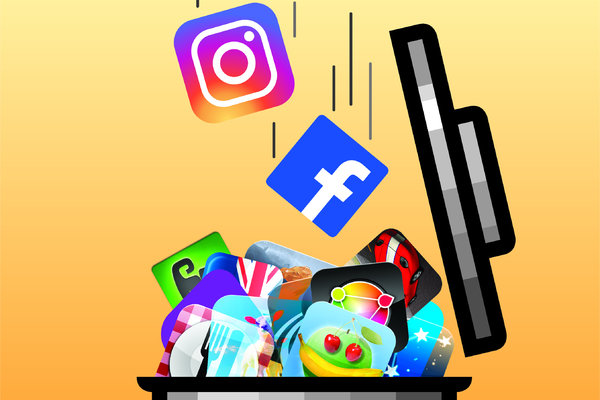 FacebookshareGoogle+sharePinterestpin it
What to Cook: The Best Recipe for Christmas EveRome in Ruins
Latest