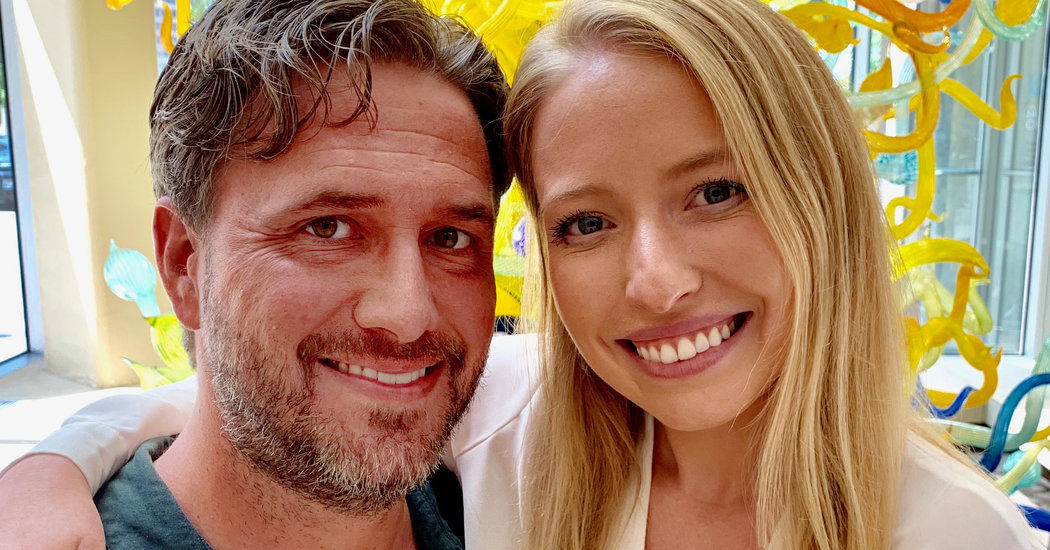 Mrs. Bowles, 28, is the founder of Sugarfree Media, a lifestyle blog directed toward young women; she works in Oklahoma City. She graduated from American University.

She is a daughter of Sally Stringfield LoVoi and P. Vincent LoVoi, both of Tulsa. The bride’s father is a managing partner of Mimosa Tree Capital Partners, a venture capital firm in Tulsa. Her mother was the scheduler in Washington for Representative Mike Synar, Democrat of Oklahoma, before becoming a stay-at-home parent. The bride is also a stepdaughter of Beatriz Perez.

He is the son of Pamela L. Bowles and David L. Bowles of Burkburnett, Texas. The groom’s mother was a stay-at-home parent. His father is a civilian engineer for the Air Force at Sheppard Air Force Base in Wichita Falls, Texas.

The couple met in 2015 at a speakeasy in Dallas that is hidden behind a candy shop. She approached him and the group of men in business suits that he was with to tease them about their attire, which she thought seemed out of place in a quirky bar in a hipster neighborhood. But her sartorial commentary was only a gambit. “I was definitely interested in Deven,” she said. The following day, the two met for coffee, which became lunch and then wine, and, finally, a kiss.