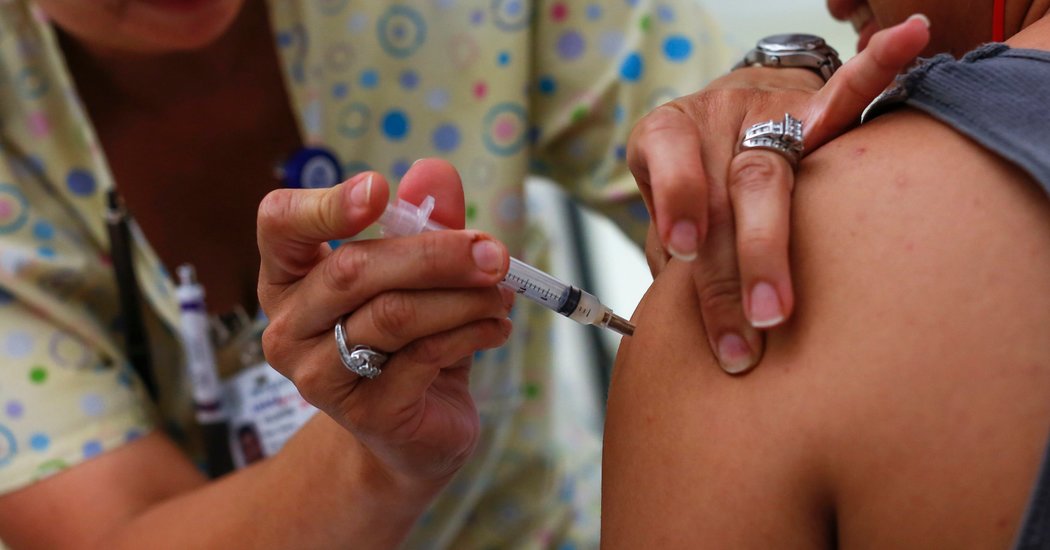 A 6-year-old boy was playing on a farm when he cut his forehead, a laceration that was simple enough to tend to at home.

But six days later, his parents realized something was seriously wrong: He was clenching his jaw, having trouble breathing and experiencing involuntary muscle spasms.

The boy, who had not received vaccinations, was taken to Oregon Health & Science University and was found to have tetanus, the state’s first documented pediatric case of the disease in more than 30 years, according to a new report by the Centers for Disease Control and Prevention.

The case, from 2017, was chronicled this week in the agency’s Morbidity and Mortality Weekly Report. It quickly leapt to the top of the report’s list of most-viewed articles and generated much discussion online.

The article described a harrowing recovery and offered a warning of the dangers associated with the preventable disease: The boy spent 57 days in the hospital and racked up medical bills of more than $800,000.

“I honestly never thought I would see this disease in the United States,” said Dr. Judith A. Guzman-Cottrill, a pediatric infectious disease specialist at Oregon Health & Science University, who helped care for the boy and was the lead author of the article.

She said she never wanted to see it again. “It was difficult — for many of us — to see him suffer,” she said on Saturday.

The article came amid continuing tensions over vaccinations in the United States, which is experiencing a measles outbreak, with a concentration in the Pacific Northwest. Oregon has one of the highest rates of unvaccinated residents in the country, with 7.5 percent of kindergarten-age children unvaccinated for nonmedical reasons, according to the C.D.C.

This month, a teenager who defied his mother’s antivaccine beliefs and started getting shots when he turned 18 testified before Congress about the importance of countering fraudulent claims about vaccines. This week, Facebook announced its first policy to combat misinformation about vaccines, following in the footsteps of Pinterest and YouTube.

Parents who do not vaccinate their children have expressed worries about side effects, concerns over cost, moral or religious objections, and fears that vaccines lead to autism — an idea that has been widely debunked.

But health experts say a resistance or refusal to vaccinate can raise the chances of an outbreak by putting at risk people who cannot be immunized for medical reasons. The World Health Organization identified “vaccine hesitancy” as one of this year’s 10 notable threats to global health.

Tetanus, a life-threatening disease that is transmitted through open wounds and causes painful muscle spasms, declined drastically in the United States after the introduction of a vaccine in the 1940s. A series of shots are recommended in infancy and childhood, as well as at certain other times throughout life.

Today, the disease occurs “almost exclusively” in people who have not been vaccinated or who have been undervaccinated, another article in the Morbidity and Mortality Weekly Report said last year.

In Oregon, the boy, who was not identified, had not received any immunizations, Dr. Guzman-Cottrill said.

When he arrived at the hospital, he was alert and asked for water, but could not open his mouth. Doctors gave him medicine, including an initial vaccine for tetanus, known as DTaP, according to the article. But his condition was perilous. He spent more than a month on a ventilator, the article said.

He also stayed in a darkened room for weeks, where he wore earplugs and was exposed to little stimulation to avoid making his spasms worse, Dr. Guzman-Cottrill said. His pain was so bad, she said, that doctors took care not to trigger him even with their voices. “We had to whisper,” she said.

After his hospitalization, he was moved to a rehabilitation center, where he stayed for 17 days. Finally, a month after his inpatient rehabilitation, he was well enough to return to normal activities, including running and biking.

The pain that he experienced was difficult for Dr. Guzman-Cottrill to forget. She said doctors worked with the C.D.C. to publish the case report to raise awareness, with the hope that a similar case will not happen again.

“When you see someone suffer from this disease, you completely understand why we immunize,” she said, adding, “This should never happen in our country.”

Still, the experience did not change the position of the boy’s parents.

When the time came for his second round of DTaP, doctors talked with the family about the need for vaccinations. Surviving tetanus, unlike some other diseases, does not offer immunity in the future.

But despite an “extensive review” of the risks, and the benefits of vaccination, the article said, the family declined the second vaccination — or any other recommended immunization.