An Unnamed Source Who Shouldn’t Be Anonymous 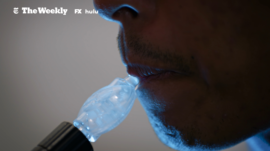 Times Insider explains who we are and what we do, and delivers behind-the-scenes insights into how our journalism comes together.

The name of one of my most valuable sources on a complicated investigation never appeared in the published article.

Last year, I got a tip about a legal fight in Washington over the reliability of the state’s alcohol breath-testing machines. Like most people, I had never given much thought to how such devices worked. I simply assumed that they did. But when I started looking into the details of the technology, I discovered that it was a lot more intricate than I had ever imagined.

I wanted to know something pretty simple: Are the breath tests used to convict drunken drivers accurate? That straightforward question has been the subject of legal battles stretching back decades. I started calling defense lawyers and prosecutors, asking if they could help me find and interpret tens of thousands of pages of case law — most of it in state courts, where records are hard to search.

As the documents poured in, I knew I needed guides. Lots of people were experts on the issues in their own city or state, but for a nationwide look I needed sources with a broader field of vision who could help me navigate all the rulings and records and focus on the details that mattered most. “Call Tom Workman,” several people told me.

His name turned up in cases all over the country as a witness with an unusual dual-expertise: He had worked for technology companies for two decades as an electrical engineer and software developer, then returned to school and picked up a law degree.

When I got Mr. Workman on the phone, he explained how the inner workings of breath-testing machines had become his career-consuming obsession. A smattering of lawsuits around the country seeking access to the source code of breath-testing machines had caught his eye. When he talked to the lawyers behind those challenges, he became hooked. The issue was high-stakes — a conviction for drunken driving is usually life-altering — and complex.

“When you find a problem in the source code, it’s very difficult to explain the consequences of that problem to a judge or jury,” he told me. “It’s written in a foreign language, and the effects are hard to trace. We’re rarely able to say, ‘Aha, here’s this person’s breath test and here’s the problem that caused it to be wrong.’”

Mr. Workman’s mind worked a lot like the computer systems into which he delved: He had a mental index of more than 15 years of legal battles and civic investigations into problems with breath-testing programs, and he knew exactly where to find the incendiary bits. When I dug into flawed test results in Washington, D.C., for example, he sent me a video recording of a police officer turned whistle-blower testifying at an oversight hearing.

Watch “The Weekly,” The Times’s New TV Show, on FX and Hulu

There are more than 1 million drunken driving arrests a year, but the tests the police use may not even work.

With Mr. Workman’s help, I traversed my giant pile of records and filed dozens of Freedom of Information Act requests to fill in blanks. For research on Massachusetts — where more than 36,000 breath tests had been ruled legally admissible — Mr. Workman gave me a login to a database he had created containing nearly every one of those tests.

For a few months, Mr. Workman and I talked every few days. We finally arranged to meet in person: I was headed to Massachusetts to attend a court hearing, and Joe Bernard, a lawyer with whom Mr. Workman had teamed, planned to call him as an expert witness.

But when I arrived in town, Mr. Bernard warned me that he wasn’t sure Mr. Workman would make it to court. “He’s been ill,” he said. From his tone, it was clear that “ill” was an understatement — and also clear that I shouldn’t pry. I nodded and passed on my best wishes.

The next day, Mr. Workman, in a crisp suit and tie, appeared on the witness stand and spoke easily and fluently, in the technical jargon-laced cadence I had come to know well. “He rallied!” Mr. Bernard told me as the hearing wrapped up.

At lunch afterward, our group talked for more than two hours, and that evening I emailed Mr. Workman a set of files on which I wanted to get his opinion. He promised to call me in a few days.

That was the last time we spoke. My follow-up calls and emails went unanswered. On Sept. 11, Mr. Bernard sent me a one-sentence email: “Tom Workman passed away last night.”

Mr. Workman, who died of bone cancer, is survived by his wife, two children and hundreds of pages of testimony and legal filings in courts in Alaska, Florida, Massachusetts, New Jersey and more than 20 other states.

My colleague Jessica Silver-Greenberg and I published the results of our investigation today. The first draft we filed had quotes from many of the dozens of lawyers and other sources who spent hours, sometimes days, assisting us. But the strongest sources for our months-long reporting were the primary documents themselves — court rulings and testimony. Once we had those, the voices of the people who led us to them were no longer needed.

I still don’t have a simple response to the question I had hoped to answer: Are breath tests accurate? That May afternoon, at lunch, I ran my view — mostly “yes” — by Mr. Workman. If the testing instruments are programmed correctly, calibrated correctly, maintained correctly and used correctly, they’re generally reliable. But if anything goes wrong in that process — as it does more often than police departments and prosecutors publicly acknowledge — the consequences can be catastrophic.

“Does that sound about right?” I asked Mr. Workman. Pretty much, he responded. And then he started on a half-hour description of the latest “edge-case” mistake — the kind of flaw that only shows up in extreme circumstances — that he was trying to investigate and prove.

Follow the @ReaderCenter on Twitter for more coverage highlighting your perspectives and experiences and for insight into how we work.