Almond Eye Takes Her Show on the Road 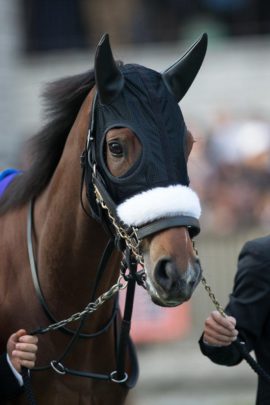 In addition to being the richest day of horse racing in the world, Saturday’s Dubai World Cup meeting at Meydan Racecourse has built its reputation on quality dirt and turf horses coming from across the globe to compete.

Such is the case with Almond Eye, Japan’s star filly, who is raced by the partnership group Silk Racing. She will not run in the day’s namesake race, the $12 million Dubai World Cup. It is the world’s richest horse race, but it is held on dirt. Instead, for her first start of the year, she has entered the Dubai Turf. As the name suggests, the race is run on Almond Eye’s preferred surface: grass.

All told, there will be $35 million in prize money offered during Dubai World Cup day at Meydan, and $6 million of it is for the Dubai Turf. That makes the Group 1 contest one of the most lucrative races in the world. There are a total of nine races that day.

“We felt that the one-turn, 1,800-meter race at Meydan would be an easy run for her first race back,” Sakae Kunieda, her trainer, said of selecting the Dubai Turf for Almond Eye’s anticipated return. “She has been training remarkably well. We put in a few solid works at the training center as she prepared to ship to Dubai, and she has wowed us every time. She has told me through her smooth and strong movement that she is ready to race.”

Kunieda is no stranger to talented fillies. Among others, he also trained Apapane, who won the 2010 Japanese Filly Triple Crown: the Oka Sho (Japanese One Thousand Guineas), Yushun Himba (Japanese Oaks) and Shuka Sho.

In 2017, Almond Eye finished second in her very first race, but she has been undefeated since. Last year, she became a star when she became the fifth horse to win the Filly Triple Crown and then ended her season by taking the Japan Cup over older males in record-breaking style. As she racked up victories, her reputation and popularity increased.

“Almond Eye is recognized as the best filly we have ever seen at racetracks in Japan,” said Naohiro Goda, the international client representative for the Japan Racing Horse Association. “When she completed the Filly Triple Crown, she was seen as one of the best fillies, and she was compared to Vodka, Gentildonna and Buena Vista. After she won the Japan Cup, establishing a world record over 2,400 meters on turf, we are convinced she is the best filly in Japanese racing history.”

For Almond Eye’s efforts, she was named 2018 Horse of the Year and became the first female horse to unanimously take the title after receiving all 276 of the votes. Upon receiving the award, Masashi Yonemoto, the chief executive of Silk Racing, said Almond Eye’s racing schedule would be ambitious in 2019.

Running in Dubai is Almond Eye’s first international race, but if things go well, it won’t be the last. The Prix de l’Arc de Triomphe in Paris in October is her long-range target. No Japanese horse has ever won the Arc, Europe’s most prestigious race, and it is a dream not only for her team but also for the entirety of Japan’s racing industry. 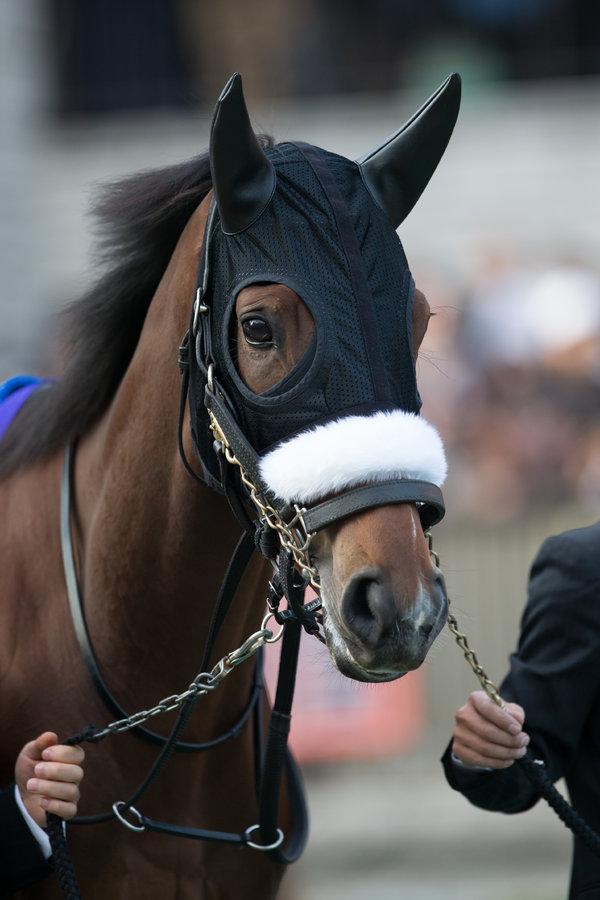 Almond Eye was bred by Northern Farm, and ownership will revert to her breeder when she is retired.CreditLo Chun Kit /Getty Images

“The Arc is still the goal for the end of the year without a doubt,” Kunieda said. “Americans probably don’t understand, but Japan sees European racing as the pinnacle of turf racing around the world. For many years, to us, the Arc is the race to win there.

“Japan has had so many close calls over the years, so a win in the Arc would be impactful to the Japanese racing community and fans. While there are always tons of amazing international racing events to travel to each year, the Arc is always first on Japanese minds.”

Almond Eye’s regular jockey, Christophe Lemaire, shares the same hopes for a successful international campaign. “She was outstanding last year,” he said. “Even at 3 years old, she became a super horse. I hope that she will go on to win big races this year as well, with the biggest goal being the Prix de l’Arc de Triomphe.”

First, though, Almond Eye has her sights set on Dubai. She has not run since the Japan Cup last November, but she has been training since coming off her winter break.

“She performs well fresh,” Kunieda said. “She ran such a strong race in the Japan Cup, she earned a good break and didn’t really need a race after that. She went about her normal routine up at Northern Farm, with mild training to keep her fit that slowly got stronger and stronger as it became time to move her back to Miho Training Center.”

Almond Eye was bred by Northern Farm, and ownership will revert to her breeder when she is retired. Northern operates a number of partnership groups, including Silk Racing. Because Almond Eye is from the first crop of foals by the stallion Lord Kanaloa, her extremely high level of success was not anticipated.

The Japanese are known for traveling internationally to support their star horses, and according to Goda, travel agents are organizing group trips to Dubai to cheer on Almond Eye, who already has her own line of merchandise.

“There are heroes in every kind of sport,” Goda said. “Almond Eye has every right to be a hero. She is beautiful and very fast, faster than her male competitors. Her acceleration, which is shown on homestretch, reminds us of Zarkava, Zenyatta and Winx, all of whom are legendary female athletes of horse racing.”

Beyond her talent, another endearing quality Almond Eye has is her kindness, leading to one of the popular catchphrases about her: “Angel off track, devil on track.”

“She is a very quiet and calm filly around the barn,” Kunieda said. “She is very easygoing until you put the saddle on her — then she knows it is go-time. She knows when it is time to be a racehorse and when to switch off and relax.”

One of the things that makes her trainer confident in her international schedule, though, is his belief that Almond Eye has not truly been challenged. “I don’t think we have seen her limit yet,” Kunieda said. “I don’t even know where her limit lies, so as we test her this year with various international expeditions, it will be exciting to see how we go. It will be a journey we all take together.”

FacebookshareGoogle+sharePinterestpin it
Medical News Today: This drug failed to treat cancer, but it could improve dementiaModern Love: I Broke Up With Her Because She’s White
Latest