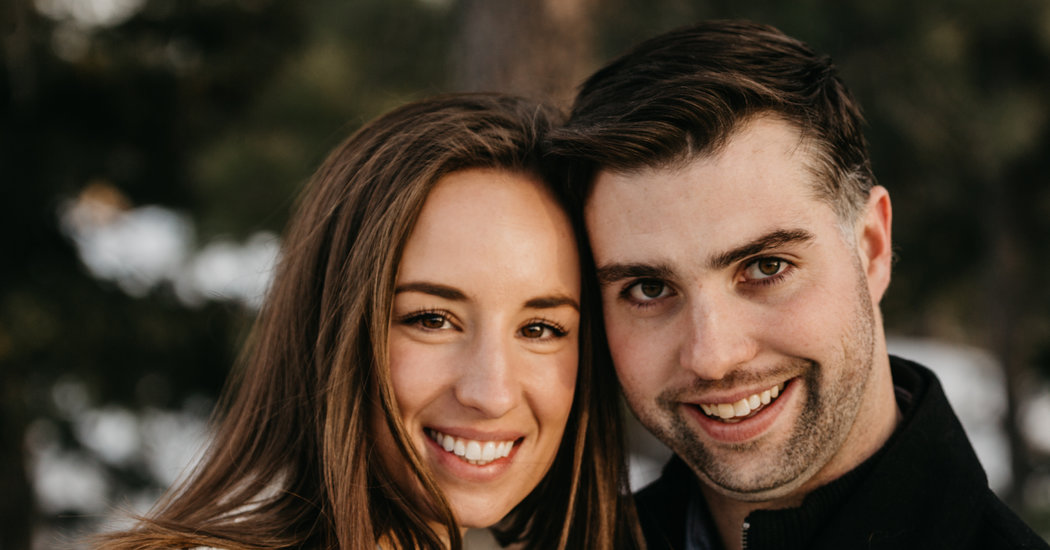 The bride, 29, is a third-party risk management cybersecurity and privacy advisory consultant in San Francisco for PricewaterhouseCoopers, an auditing and tax services company based in London. She graduated from Colorado State University, from which she also received a master’s degree in accountancy.

She is the daughter of Susan T. Miller and Joe M. Wojteczko of Littleton, Colo. The bride’s father, who is retired, was a partner in Littleton for the Wojteczko Snyder Group, an accounting firm of which he was a founder. Her mother, who is also retired, was the director of the health care section of the Colorado Department of Regulatory Agencies in Denver.

He is the son of Kevin P. Finan and Cynthia A. Finan of Seattle. The groom’s mother, who is retired, was a flight attendant with American Airlines and now creates handcrafted pieces of home décor for sale at Station 7, a community-based store in Seattle. His father retired as executive vice president for operations at Alaska Airlines. He also served as a fighter pilot in the Navy, from which he retired with the rank of captain.

The couple met on their first day of work, when, despite the bride living and working in Denver, she was assigned to new-hire training in San Jose, Calif., where the groom lived.