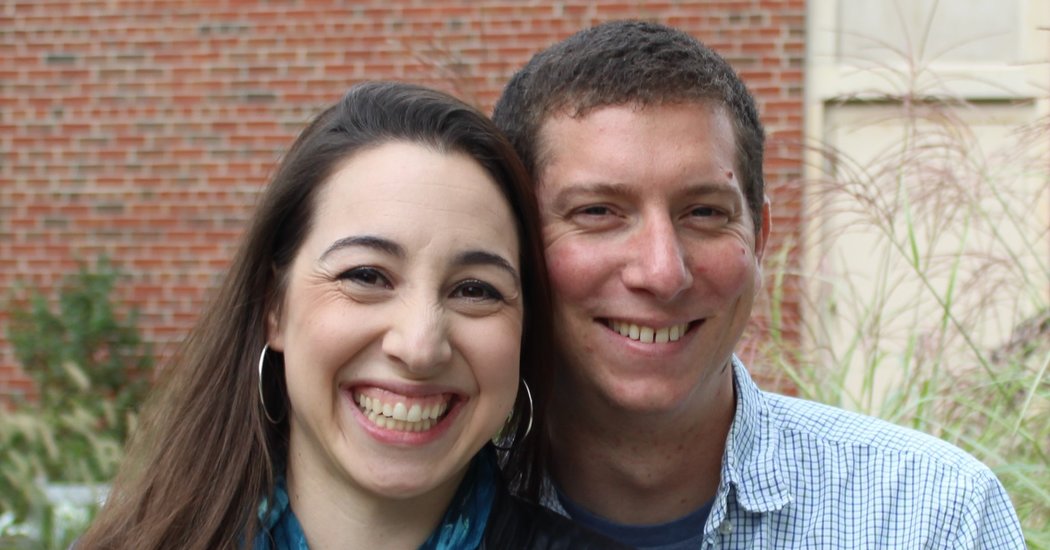 Rav-Hazzan Aliza Gabrielle Berger and Solomon Fredric Rosenberg are to be married Nov. 10 at Temple Emanuel in Newton, Mass. Rabbi Wesley Gardenswartz is to officiate.

The bride, 30, is a rabbi and cantor at Temple Emanuel in Newton. She started the temple’s Yisod 20s and 30s program, which is focused on Jewish young adults in Boston. She graduated from Vanderbilt and received a master’s degree in Jewish studies, rabbinical ordination and cantorial ordination from Hebrew College in Newton Centre, Mass.

She is a daughter of Wendy K. Berger and Allen R. Berger of Denver.

The groom, 32, is the major gifts manager at Home for Little Wanderers, the oldest child-welfare organization in the United States. Previously, he served as the director of development at MetroWest Jewish Day School in Framingham, Mass.

He is a son of Amy N. Schectman and Mitchell L. Rosenberg of Brookline, Mass.

The couple met on the dating app Hinge, despite the groom having previously attended a wedding officiated by the bride.