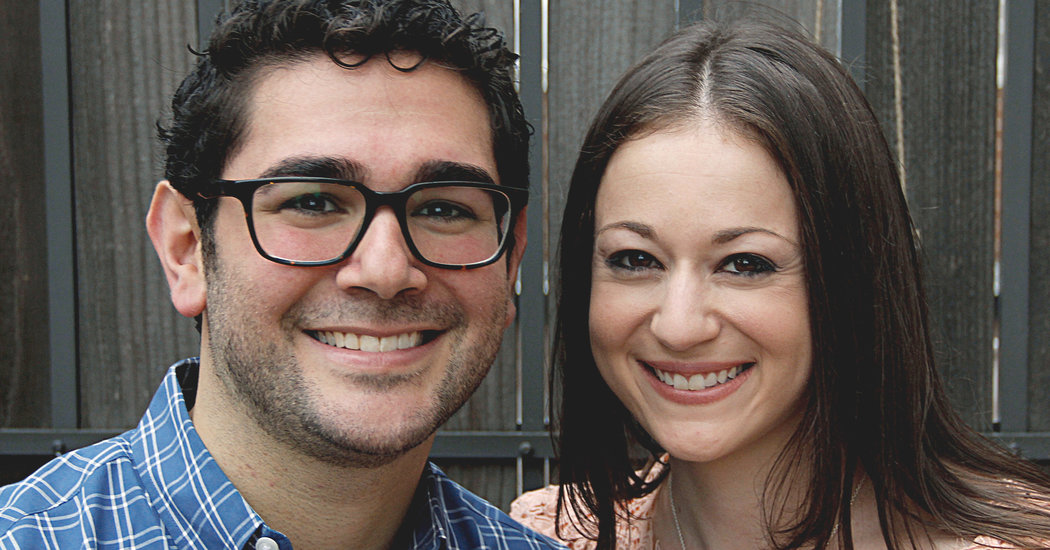 The bride, 31, is a supervising producer at “The Dr. Oz Show” in New York, where she has won two Emmy Awards as part of a team, one for producing in 2017, and the other in the category of supervising producer in 2018. She graduated from Muhlenberg College in Allentown, Pa.

She is the daughter of Enid L. Perry and Bill Perry of Monmouth Junction, N.J. The bride’s father is a former sportscaster and coordinating producer at ESPN in Bristol, Conn. He won an individual Emmy for outstanding sports reporting in the Philadelphia area in 1984, and two other Emmys, as part of a team for “SportsCenter” in 2003 and 2004. Her mother retired as an elementary schoolteacher in the West Windsor Plainsboro school district in West Windsor, N.J.

He is the son of Rachel Yohai of Manhattan and Jeffrey Yohai of Coram, N.Y. The groom’s mother is a real estate salesperson for Corcoran, the residential real estate brokerage firm in New York. His father is a pharmacist at Sag Harbor Pharmacy in Sag Harbor, N.Y.

The couple met on Coffee Meets Bagel in May 2016, but discovered on their first date that, during their preteenage years, they both went to Camp Lohikan in Wayne, Pa.