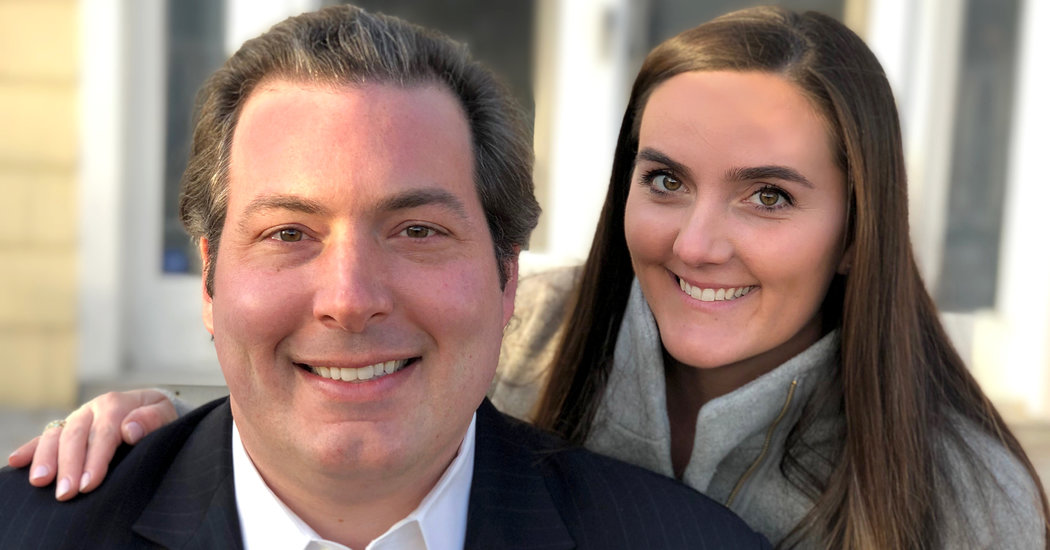 Alexandra Englis Haseotes and Richard Jennings Taussig were married Dec. 15 at the Boston Public Library. Elly Jackson, a justice of the peace for the Town of Brighton, Mass., officiated.

Mrs. Taussig, 31, is a director of consumer innovation at Cumberland Farms, the family-owned convenient store chain throughout New England and Florida. She is based in Westboro, Mass. She graduated from Hobart and William Smith Colleges and received a master’s degree in psychology from the New School for Social Research. She also holds an M.B.A. from Babson College.

She is a daughter of Dana D’Alessandro Haseotes of Johnston, R.I., and George P. Haseotes of Halifax, Mass. The bride’s father is an agricultural developer and investor in Halifax. Her mother is a social worker at Women and Infant’s Hospital in Providence, R.I., where she specializes in women’s oncology.

Mr. Taussig, 36, is a senior account executive at Forrester, a research and consulting company in Cambridge, Mass. He also graduated from Hobart and William Smith Colleges.

He is a son of Kathryn Totaro Taussig and Jeffrey Jennings Taussig of Rye, N.H. The groom’s mother is a registered nurse at Exeter Hospital in Exeter, N.H. His father is the owner and president of JTA Corp., a packaging and shipping supplies company in Seabrook, N.H.

The couple, whose families have been friends since 1972, met in Boston three years ago and promptly began dating.