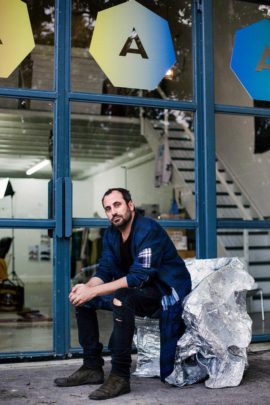 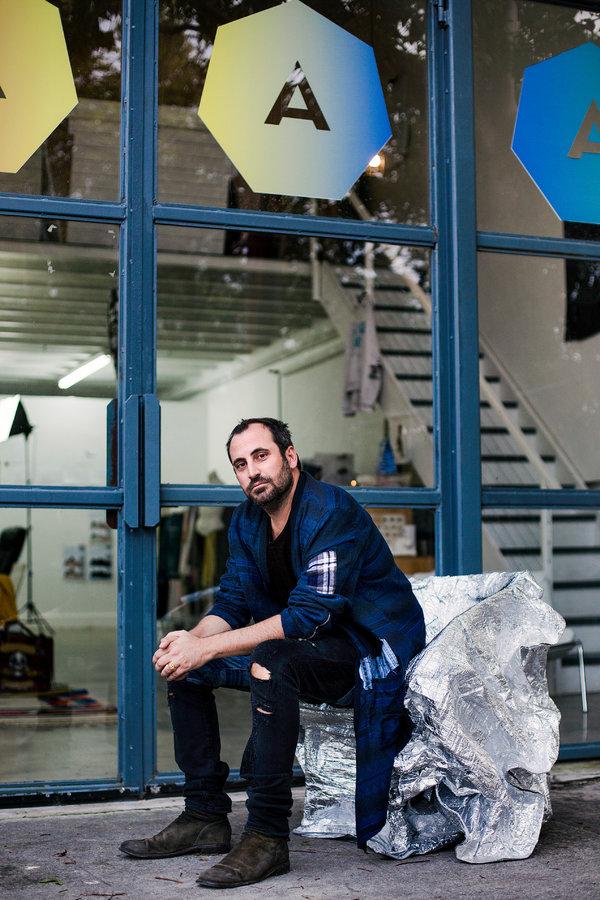 Roma Cohen, a designer for the fashion label Alchemist. His brand’s aesthetic represents the emergent casual-luxe style of Miami.CreditScott McIntyre for The New York Times

This week the art and fashion glitterati will breeze into South Florida for the annual ritual known as Miami Art Basel, filling their Rimowa suitcases with the latest resort wear from Gucci, Johanna Ortiz and Eres.

The fair has become a multi-million-dollar boon for the area, driving the creation of glitzy global outposts, including the Design District (where stores like Loewe, Fendi and Christian Dior operate) and Brickell City Centre (Orlebar Brown, Giuseppe Zanotti and Kiton).

And it has also spurred an evolution in the city’s homegrown aesthetic.

The Miami look has matured, moving beyond (but not abandoning) its night-life-centric platforms, minidresses and tight black tees, as well as its Versace-fied penchant for exuberant flair. The emergent style is casual-luxe and reflective of the multitextured local cultural blend. It is exemplified by Erika and Roma Cohen, who run Alchemist, a local retail outfit turned independent label.

You may have seen it of late without knowing it. Justin and Hailey Bieber (nee Baldwin) have been photographed in Alchemist’s graphic tees and hoodies. The rapper Travis Scott wore fringed Alchemist jogging pants on the cover of his single “Butterfly Effect,” leg extended in a scissor-door Lamborghini. The artist Takashi Murakami buys it, as does the K-pop star G-Dragon, as do the rappers Playboi Carti and Meek Mill.

Samples from the Alchemist clothing line. Justin and Hailey Bieber are fans.CreditScott McIntyre for The New York Times

J Balvin, a chart-topping reggaeton musician, is also a fan.

Alchemist-the-store opened 14 years ago and made its name as one of the highest-end multibrand boutiques in Florida; its only real competition was the Webster, another luxury vendor that has expanded to multiple points-of-sale countrywide. But whereas the Webster put an idea of leafy Miami chic on the contemporary map (it sells tropics-friendly pieces from Chanel, Balmain and Tom Ford), Alchemist embodied something edgier, introducing brands like Rick Owens and Chrome Hearts to the market.

A year and a half ago, well after the store had moved to a glass skybox on the fifth floor of a Herzog & de Meuron-designed parking garage in Miami Beach, the Cohens started their own brand.

“We had our logo on a T-shirt, and we were like, ‘Are people going to want to buy this?’” Mr. Cohen said. The run sold out, and the Cohens built from there, focusing on what Mr. Cohen calls a “new dialogue” in fashion, one that is not “street,” but is also the opposite of formal.

“I think it’s the epitome of cool,” said Jeffrey Kalinsky, the owner of Jeffrey, a boutique that carries Alchemist. “Miami is in what they do. It must have influence. I think that city represents a melding of so many cultures. It has a certain heat.”

The Alchemist line is plush and insouciant, its textiles and treatments top tier but intended to be worn in repose. Illustrations, slogans and color are omnipresent, and a certain artisanal, even roughhoused, patina covers nearly everything, including tassel-seamed sweatpants, destroyed lightweight cotton tees and recurring visual motifs, like the phrase “Paradise Lost,” which Mr. Cohen used as a title for Alchemist’s first capsule collection.

“I love it,” he said. “It was the headline of a cover story from Time magazine in 1981.” When they started the label, he recalled, people had different associations with the phrase. “I mean, Donald Trump had just gotten elected,” he said. (And there is the effect that climate change has had on the coast.)

Some of Alchemist’s bags and hoodies feature banner badges with neighborhood names including Biscayne Bay and Lemon City.CreditScott McIntyre for The New York Times

Alchemist has also teamed up with well-known personalities, including Dr. Woo, a tattoo artist, who helped create a tie-dyed collaboration featuring sketches of stingrays and sharks that is currently in stores.

The response over the past year has been strong, and the Alchemist line is now carried at over 80 retailers, including Barneys New York, Maxfield in Los Angeles, Selfridges in London and Joyce in Hong Kong. T-shirts start at about $350; leather jackets clock in around $3,500.

The plan is to open franchise stores in Asia, as well as start a shoe line and another focusing on lifestyle products. The Cohens still hire Miami-based photographers, shoot their clothes on Miami-based models and include physical Miami shout-outs in the line: bags or hoodies featuring banner badges with neighborhood names including Biscayne Bay, Lemon City (now known mainly as Little Haiti) and Little River, home to Alchemist’s studio.

The district is fertile ground for distilling Miami’s creative muscle; galleries, fleeing over-commodified zones like Wynwood and Midtown, are popping up. Haitian and other Caribbean cultures flourish, largely un-Americanized, in nearby Little Haiti.

A few blocks west is the talent hotbed of Liberty City, where the rappers Trina and Trick Daddy, the director Barry Jenkins (of “Moonlight,” which is set in the neighborhood) and Jatavia Johnson — known as “JT” — of the female rap duo City Girls, were all raised.

As Mr. Cohen said, it’s all part of “the Miami vocabulary.”