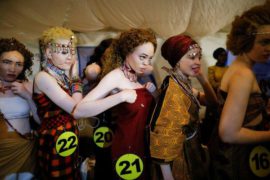 One contestant, Elizabeth James of Tanzania, said she had been forced to change schools as a child when people, staring and pointing, started trailing her home.

Another, Okwii Simon Peter, a 26-year-old Ugandan lawyer, said he was taking part to demonstrate that living with albinism does not make him different.

Valencia Bosibori, 25, a customer care executive at a telecom firm in Kenya, said she wanted to “reach people who don’t have that knowledge of what albinism is.”

They all took part in a groundbreaking beauty pageant, the first Mr. and Miss Albinism East Africa pageant, on Friday night in Kenya’s capital, Nairobi.

The aim was to affirm the dignity of people who have faced discrimination, violence and even murder because of their hereditary lack of pigmentation. 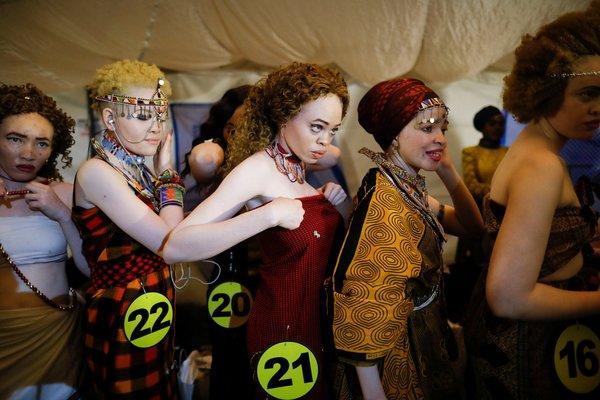 A similar event held in 2016 was open only to Kenyans, according to The Associated Press. But this pageant drew participants from Tanzania, Uganda and Kenya.

Contestants said they saw it as a way to encourage confidence and inclusion for a group that remains the target of sometimes deadly stigma in Africa.

Ms. James, of Tanzania, called for an end to the ignorance that drives some to kill people with albinism for their body parts because of a belief that they possess magical powers, or even to dig up graves in the misguided belief that albinos will bring wealth and good fortune.

“The threat has reduced greatly, but it’s still there,” she said.

Albinism is a rare, noncontagious, genetically inherited condition that leads to a lack of pigmentation in the hair, skin and eyes, causing vulnerability to the sun and bright light, according to the United Nations.

The condition is said to be more prevalent in sub-Saharan Africa than elsewhere. The United Nations estimates that one in 1,400 people are affected in Tanzania and 1 in 1,000 in Zimbabwe.

The competition for 30 participants was organized by the Albinism Society of Kenya with partners in Uganda and Tanzania. Isaac Mwaura, Kenya’s first albino legislator, called it a way to build self-esteem.

The contest was titled “Accept Me, Include Me, I Can.”

The Ugandan lawyer told Reuters, “We are here mainly to create awareness,” and to showcase “our beauty and talent.”

A contestant walking on the runway during the pageant.CreditYasuyoshi Chiba/Agence France-Presse — Getty Images

They will get cash prizes and act as ambassadors for the partner organizations for a year.

Rebecca Zawadi, 8, right, who has albinism, with Marion Jacklin, second from left, who helped train the contestants.CreditBen Curtis/Associated Press
The Albino Community in Ghana: ‘I’m Motivated to Believe That I Can Survive’ 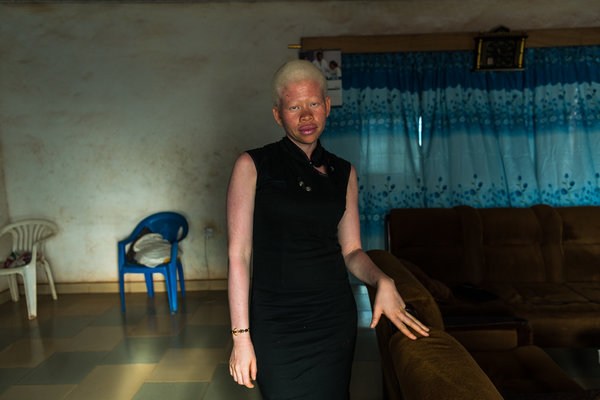 FacebookshareGoogle+sharePinterestpin it
news analysis: Genetically Modified People Are Walking Among UsGlobal Health: ‘From Nothing to Gangbusters’: A Treatment for Sickle-Cell Disease Proves Effective in Africa
Latest