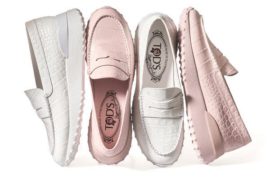 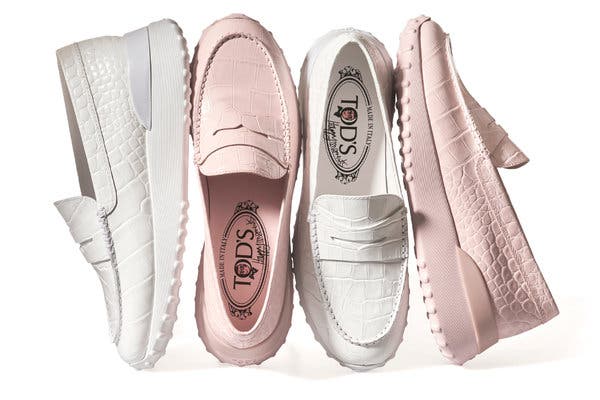 “I wanted to make people happy, and make myself happy, because I have not been very happy the last four years.”

So said Alber Elbaz, the prince who kissed awake the sleeping beauty of Lanvin only to be jilted at the altar 14 years later; poster child for the fickle, faithless side of fashion; a designer known as much for his self-deprecation as the graceful generosity of his clothes.

He was standing in the bowels of the Palais de Tokyo in Paris last week, hosting a peony-bedecked lunch for 100 editors and influencers during the couture shows. He was back!

Or was he? It’s complicated. Once burned by fashion these days, many times shy.

The lunch was held to introduce Mr. Elbaz’s new collaboration with Tod’s, a line of shoes and bags that is his most robust flirtation with product since he was fired in October 2015 after more than a decade with Lanvin — a tipping point that has come to symbolize the current culture of creative disposability.

The collection is called “Happy Moments” and is part of Tod’s “T-Factory” project, a series of one-offs with assorted creative partners inspired by the idea of Andy Warhol’s Factory (in name at least, if not much else). It will go on sale July 15.

Even though Mr. Elbaz was, indeed, happy about the whole thing, he was also “very stressed,” he said. Not just because a plan to unveil the collection in Hong Kong had to be rethought at the last moment because of the intense demonstrations, but because he was once again opening himself up to the judgment of the shopping world.

After all, he was coming off a long period of wandering in the wilderness, as well as his own crisis of faith in his career, in which he had been forced to rethink his basic assumptions about fashion. “Is it about designing or curating?” he asked. “Is it about fame or talent?” They are valid questions.

In his quest for answers, he had talked to digital disrupters and new media companies, had toyed with some high/low creative endeavors (a perfume with Frédéric Malle, sneakers with Converse, bags with LeSportsac). He had dyed his hair platinum and had been active on Instagram. He had spent a lot of time with students. And now here he was.

Mr. Elbaz at a party in Paris to introduce his Tod’s collection.CreditAnthony Ghnassia/WireImage

“My first thought was to make a sneaker,” Mr. Elbaz said, which is not entirely surprising given that sneakers are fast becoming the handbags of today. “But my trainer told me I had the brain of an athlete, but not the body of an athlete. Then I thought, ‘Maybe shoes are our new cars.’” They help us motor through the world.

So he decided to take the idea of a sneaker sole — big, chunky, kind of a platform — and marry it to loafer uppers, in leather printed to look like alligator and in primary neoprenes (the latter with contrast-color bottoms).

Tod’s classic driving shoes with the pebble sole became super-flexible ballerinas and a hybrid of ballet flats and sneakers (balleakers?), the logo laser-printed on leather. He made loafers super-glossy, in silver, gold and Emerald City green — and then gave their soles the same treatment.

Then he made a lot of jokes about changing the “soles” of Tod’s but not its “soul,” which in their emotion and punning were kind of trademark Elbaz.

The collaboration has been accessorized by Mr. Elbaz’s gently surreal signature sketches and videos of (natch) happy moments like weddings and birthday parties, complete with half-eaten cake, giggle-inducing bad dancing and helium-filled balloons. And it all has less politesse and more humor than is usually associated with Tod’s, which has made something of a fetish out of “the Italian touch” and the off-duty uniform of the Lake Como bourgeoisie.

Mr. Elbaz characterized his liaison with Tod’s as one based on mutual affinity. He met Diego Della Valle, the brand’s owner, two years ago, and they had discovered unexpected similarities.

“We both have double-breasted jackets we cannot close,” Mr. Elbaz said in a speech at the lunch (during which he was so nervous that he didn’t really eat anything). “We both love fashion, and we both love food.”

Yet Mr. Elbaz hasn’t signed on for anything beyond this single season, which will be divided into two drops: this one and another in September. He is still skittish about commitment, apparently, whether it’s to the idea of himself as a brand, or the idea of joining another one.

You can understand why, given how his last relationship ended, and the current divorce rate of designers and labels in fashion. Maybe serial dating is the way of the future.

But it’s hard not to wonder: Is that really the happy ending we want for this particular story? Or is it rather the one we deserve?