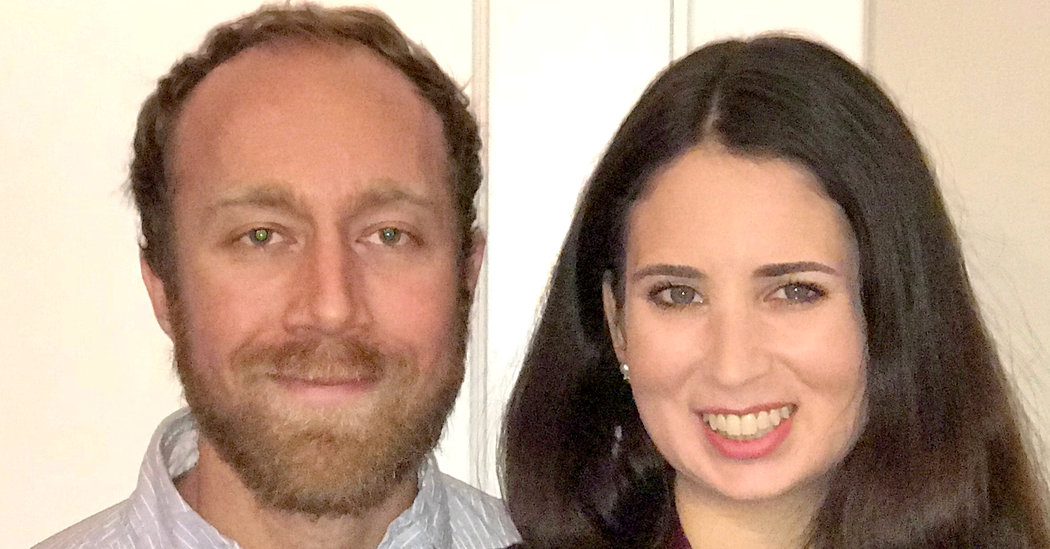 Abigail Perri Barnes and Scott Andrew Kaczmarek were married Dec. 1 at the Carnegie Institution for Science in Washington. Judge Deborah K. Chasanow of the Federal District Court in Greenbelt, Md., for whom the bride served as a law clerk in 2016-17, officiated.

She is a daughter of Lynne F. Perri and Robert A. Barnes of Silver Spring, Md. The bride’s father is the Supreme Court correspondent for The Washington Post. Her mother is a journalist in residence at American University in Washington, and is the managing editor of its investigative-reporting workshop.

Mr. Kaczmarek, 31, is a market operations manager at Robinhood Markets, a financial technology company that offers commission-free investing; the firm is based in Menlo Park, Calif. He graduated from Northeastern University.

The couple met through mutual friends while living in New York in 2012, and reconnected two years later, when Mr. Kaczmarek took a job with Robinhood and moved to Palo Alto, where Ms. Barnes was attending law school.