A Salad for Crouton Lovers 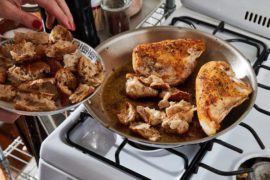 If you’ve ever eaten a salad for dinner and thought “I am only here for the croutons,” then let me say that you are heard, and you are seen. Without sounding too dramatic, for me, a dinner salad without those golden hunks of salty, crunchy bread in the mix can feel downright deprivational.

Luckily, I have a salad for you that is extremely crouton-forward. Not just any croutons, but “hand-torn” croutons. It’s an annoyingly pretentious phrase, but for any eye-rollers out there, it’s the haphazard tearing into irregular, craggly-edged chunks, rather than meticulously cubing them with a knife, that makes them spectacular. This inexact technique allows some of the bits of bread to fall away and become extremely crumblike and crunchy, while the rest stay larger, like delicious golden-brown geodes with wild-looking exteriors and tender, chewy insides. 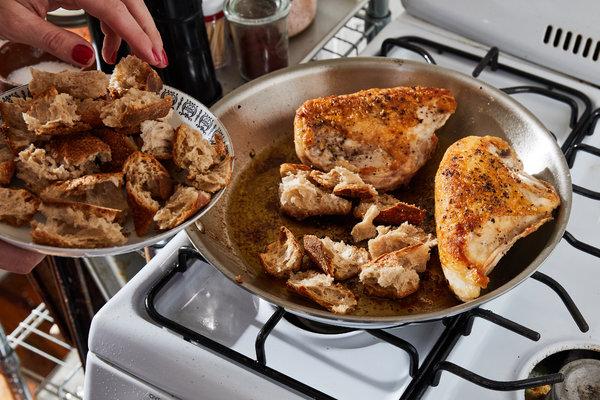 The craggly hunks of bread go into the skillet with the chicken, to absorb the fat.CreditMichael Graydon & Nikole Herriott for The New York Times. Prop Stylist: Kalen Kaminski.

How the croutons are cooked is just as important as the way they are torn. To reach their full potential, they must be tossed in enough fat to become crisped, but not so much that they become greasy. Olive oil is great here, but why olive oil when you can use chicken fat? For this salad, since you are also including crispy-skinned chicken that will give you said fat, you can, and you should.

After searing your chicken (one of the few times I prefer the leanness of bone-in, skin-on breasts to the fattier thighs) in a skillet until browned, your newly hand-torn bread is tossed in the rendered fat and juices that have been seasoned with a few anchovy fillets for added funky saltiness. From there, the whole skillet heads to the oven so the chicken can finish cooking through while the pieces of torn bread become golden brown, fulfilling their destiny to become croutons.

Of course, there are greens, which, in my opinion, are also pretty special. I like bitter ones like escarole for their punchiness, but any crunchy, sturdy green like romaine or Little Gem would work as well. They’re dressed in an assertively tangy, garlicky mixture, including a bit of soy sauce, enough to mimic the deep savoriness of anchovies without coming across as distinctly “soy sauce-y.”

There is also a showering of hard, salty cheese, which almost puts this salad into chicken Caesar territory, which is kind of the idea here. For creaminess, the assembled salad is topped with a few gloriously orange raw egg yolks, to be burst upon eating and mixed in with everything else (yes, this is safe). If you don’t love a raw egg yolk, you can use a soft-boiled jammy egg, crispy fried egg, or leave the egg out altogether, but we’ve come so far on this Caesar-esque journey, it would be a shame to turn back now. 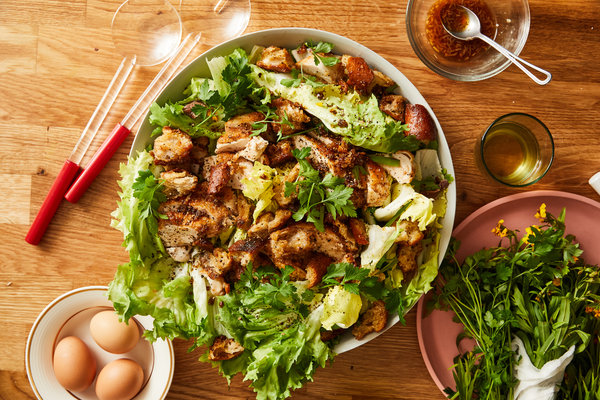 Chicken Soup, but Make It Sassy 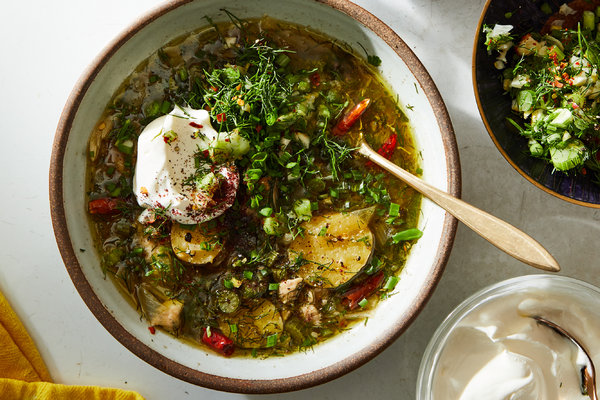 A Sauce That Tastes Like a Good Sweater Feels 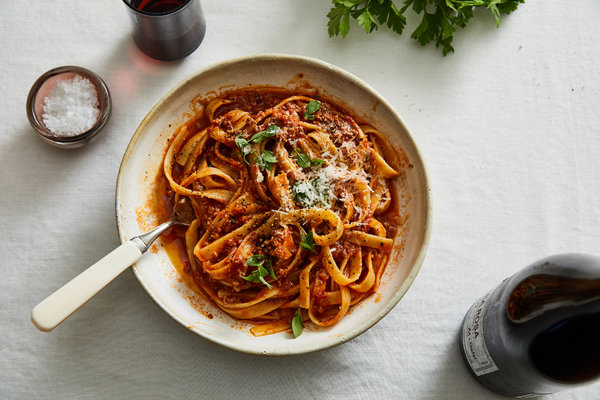 The Crispiest Pork Is Also the Simplest 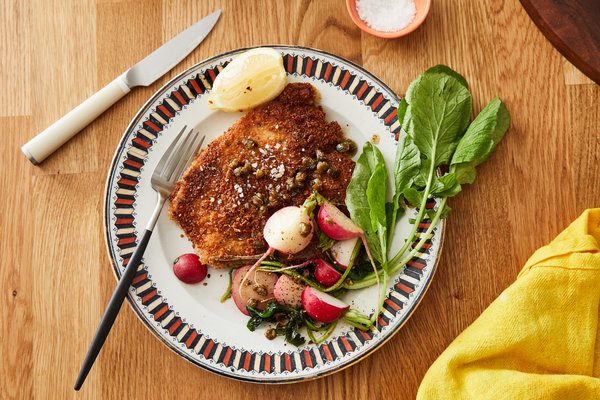 FacebookshareGoogle+sharePinterestpin it
Lilly Singh, a YouTube Star, Will Host a Late-Night Show on NBCCan TV Dumb You Down?
Latest