A Good Appetite: These Generously Buttered Noodles Have Loads of Umami 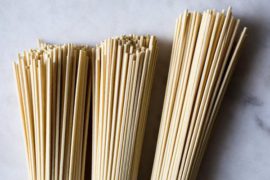 French cultured butter and Maggi seasoning powder may not be one of the most classic pairings, but it’s a combination dear to the cookbook author Andrea Nguyen’s heart.

Before Ms. Nguyen and her family left Vietnam in 1975 to emigrate to United States, her mother would scrape small flakes of butter — imported from France in cans — onto pieces of baguette, then sprinkle Maggi powder on top. The Normandy cultured butter, already salty and a little funky, became even more so from the seasoning.

Once the family settled in California, Ms. Nguyen’s mother pan-fried spaghetti in plenty of butter, adding Maggi into the mix. Complex, creamy and very comforting, its intense umami character was exactly what Ms. Nguyen tried to capture in this garlicky noodle recipe, adapted from her latest cookbook, “Vietnamese Food Any Day” (Ten Speed Press, 2019). 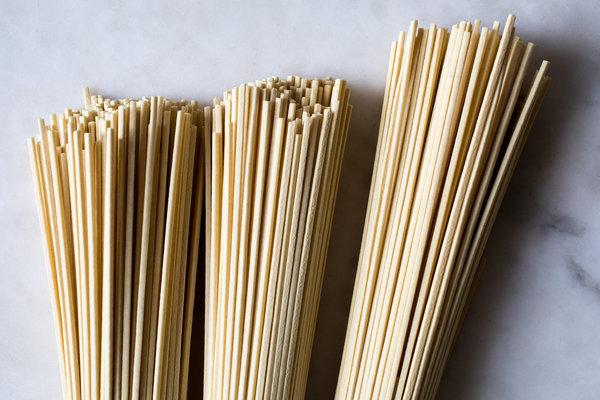 “It’s a more sophisticated version of what I grew up eating,” Ms. Nguyen said.

Instead of Maggi powder, the key to the dish is the layering of flavors: The fish sauce, the mushrooms, the oyster sauce, all give it depth. The cultured, salted butter, unexpected in most pan-fried noodle dishes, adds both acidity and creaminess, coating the noodles in a velvety sauce.

What really pushes the dish’s flavors over the edge is a sprinkle of monosodium glutamate (MSG). It’s not an ingredient often seen in cookbooks published in the United States since the 1970s, when it gained a since-debunked reputation for making people sick.

But it’s traditional in many parts of Asia, including Vietnam, where it’s called bot ngot (sweet powder), Ms. Nguyen said. “It imparts a sweet savory note to food that we are always looking for, a hint of sweetness to contrast with saltiness.”

For anyone who doesn’t want to use straight MSG (which is available at Asian markets and sold as Accent Flavor Enhancer elsewhere), Ms. Nguyen recommends substituting nutritional yeast or chicken stock base.

Mushrooms and mustard greens are cooked in butter and stirred into the noodles.CreditAndrew Scrivani for The New York Times

I tested Ms. Nguyen’s noodle recipe using all three, and the one made with MSG was the richest and the best, though the other two were still devoured.

And while I was pan-frying all those noodles, I made a few changes of my own. I doubled the mushrooms, and stirred mustard greens and cilantro into the pan for freshness.

When I told Ms. Nguyen about the added vegetables, she gave her approval. “It’s an adaptable dish,” she said. “There’s enough umami to go around.” 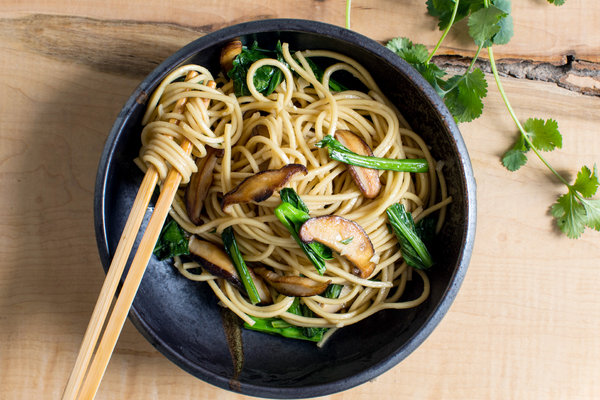 No Matter the Noodle, Flavors to Match 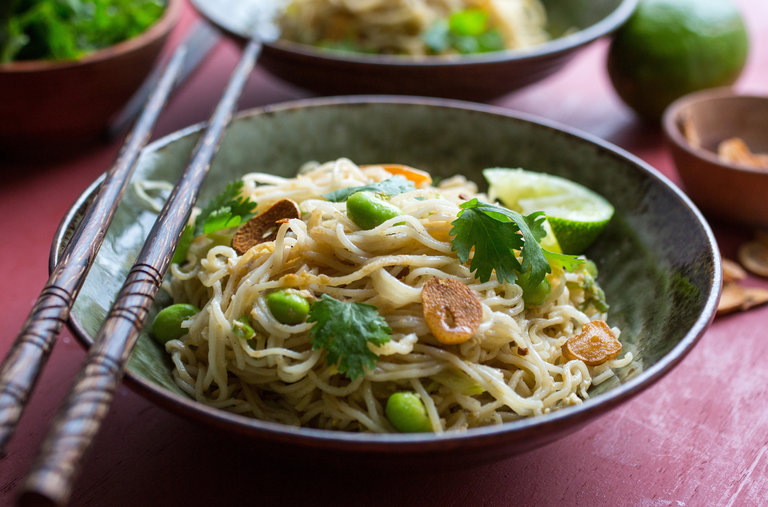 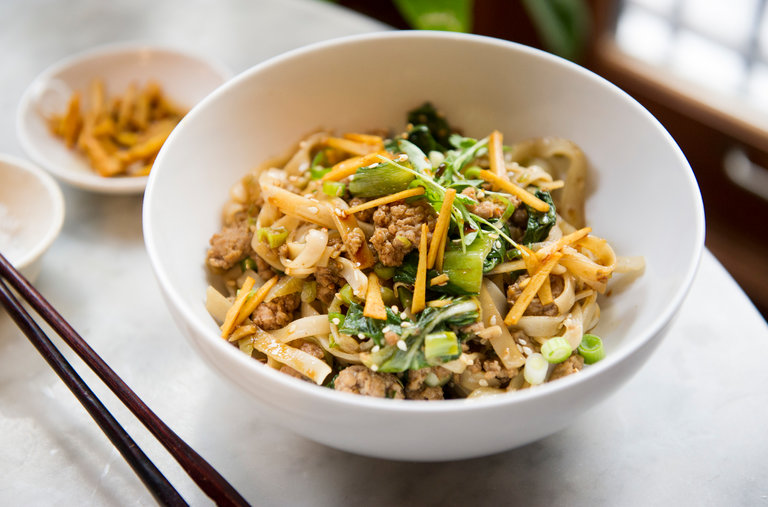