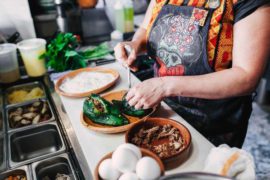 When the chef Diana Dávila suggested we make chiles rellenos together, I have to confess my heart sank a little.

As the chef of the Mi Tocaya Antojería, one of Chicago’s most thrilling restaurants, she is known for her lively, often challenging take on regional Mexican cuisine. She smears soft chunks of tongue with peanut butter, garnishes guacamole with a black dusting of chile ash, piles her cactus salad with burrata and crunchy chicharrón. Chiles rellenos just didn’t seem to have the same sort of creative flair. With tens of thousands of recipes already in existence for the dish, did we really need another subtle variation?

This was no subtle variation, she assured me. 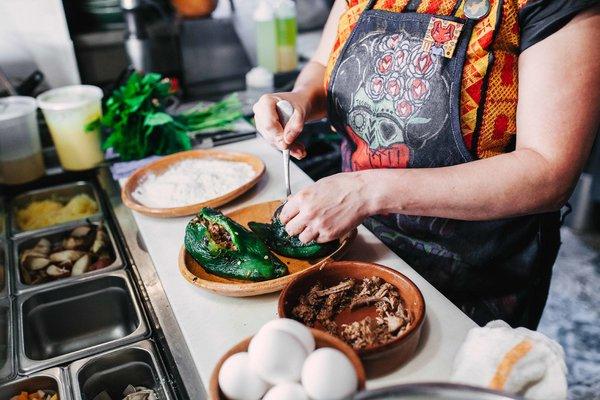 Within minutes of arriving in her restaurant kitchen, I could see what she meant. On the counter was her mise en place: heirloom tomatoes, Granny Smith apples, carrot juice, raisins, brown sugar and duck confit. From this seemingly disparate collection of ingredients, she concocted one of the best chiles rellenos I’ve even had — deeply savory, tantalizingly sweet, brawny and rich, but also brothy and light, and completely unlike any other version out there.

Like all the best recipes, hers was born of a deep craving.

“I really wanted to eat chiles ahogados like my grandmother used to make,” she said, referring to the gooey, heavy dish you see in many Mexican restaurants in the United States — poblanos stuffed with cheese, battered in beaten eggs, then fried and simmered in an oniony tomato sauce. With the sauce, the chiles are often called chiles rellenos ahogados, meaning “drowned.” (The term “chiles rellenos” can refer to the stuffed chiles served with or without the sauce.)

“But then I thought,” she added, “do I really want to eat all that cheese?”

Before frying the stuffed peppers, Ms. Dávila dips them in flour and beaten eggs to create a fluffy-crisp batter.CreditDanielle Scruggs for The New York Times

Her breakthrough was to keep the deep-fried, tomato-sauced goodness of chiles rellenos ahogados, but to replace the filling with one used in another dish, chiles en nogada. In that dish, which is from Puebla, Mexico, a braised mix of apple, onion, raisins and chopped meat picadillo is spooned into the roasted chile, but isn’t fried. Instead, the whole thing gets topped with a creamy nut sauce and a flamboyant garnish of pomegranate seeds.

In weaving together elements from these two different but classic stuffed chiles variations, she created a stunningly original hybrid that honors both traditions, then made it soar with her own thoughtful tweaks.

Tweaks, for example, like adding duck confit to the pork picadillo, and carrot juice to the tomato sauce. Her grandmother in Aguascalientes never did this. Nor did Ms. Dávila, who grew up in suburban Chicago, see it while traveling around Mexico with her family during summer vacations.

For her, the combination was as practical as it was inspired. She added the duck because she had some left over from another dish on the menu (duck carnitas with white beans) and discovered that its earthiness melded perfectly with the pork. And the sweetness of the carrot juice, she said, was to balance the acidity of the heirloom cherry tomatoes that she smushed with her hands, working salt into their flesh to season them and help them break down.

Her grandmother might not have used duck confit, or hand-crushed tomatoes with salt, but she would have understood both urges — to cook with what you have, and to do so in the most tactile way possible.

“To me cooking is about touching, feeling, smelling, using all your senses and being at one with your ingredients,” Ms. Dávila said as she stirred a skillet brimming with onions and Serrano peppers. “Like how many chiles to add to the sauce depends on their spice level. You have to taste them to know.”

Her touch is all over this recipe, which is rooted in tradition and childhood memories, but filled with clever surprises. 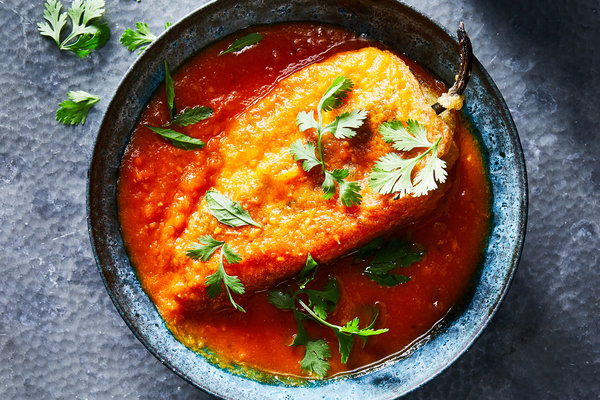 A Kitchen Visionary, Reimagining Dishes and a Woman’s Role 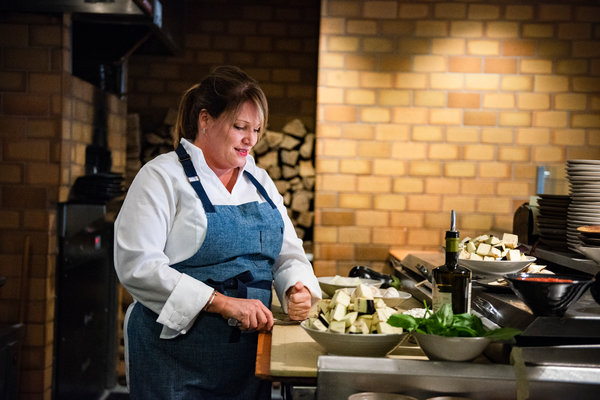 At 59, a Gutsy Chef Makes Her Restaurant Debut 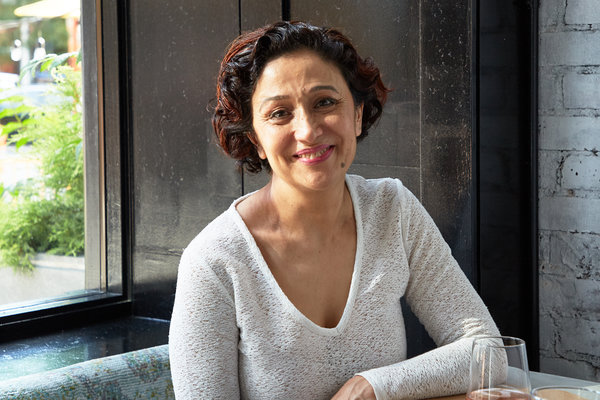