A Chat With a Builder of Golf Courses 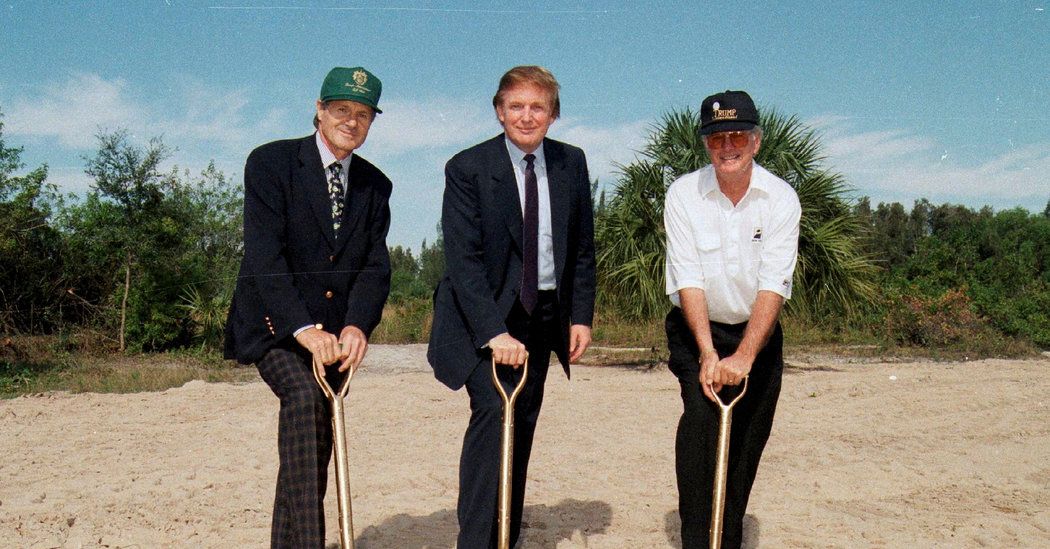 Jim Fazio knows about golf courses: how they are built and what they bring to a suburb, a village, even an ancient city. Since 1961, that has been the Fazio family business.

Along with his uncle George and brother Tom, they have built 250 to 300 golf courses, and their designs are staples of “Top 100” and “Best of” lists around the world.

Mr. Fazio, 77, talked about the challenges of designing courses in Europe and Japan and America, as well as what it felt like to work for a developer who is now president of the United States.

This interview has been lightly edited and condensed.

How did you become a golf course architect?

George was a professional golfer, and when he retired he was asked to help finish a course after the architect walked off.

That’s how we got started. I went to work for George when I was 19.

How did you learn your craft?

We hired a couple of local outfits that were little grading contractors, and we sort of learned off each other. We’d say we want a mound here or there and they’d show us how it’s done and what it looks like.

Really, what we do, is get a map of a property and try to fit 18 holes on it. It’s like working a jigsaw puzzle.

You have worked around the world. Next month, for example, the Italian Open will be held at the Olgiata Golf Club in Rome, and the 2022 Ryder Cup will take place at another course in Rome, the Marco Simone Golf & Country Club. What did you do at each?

At Olgiata, we came in to update it and give it some more length. It was built in the 1960s, and the trees grew so much that it changed the golf course.

We had to take some trees out — make it a little wider. They didn’t move a lot of dirt back then, so we contoured a couple of fairways so the ball would stay on it. That wasn’t done in the early 1960s.

I built the original Marco Simone [1989] but they had to do quite a bit to my design to host the Ryder Cup. It was really a challenge and wonderful experience. It is laid out around a castle that was built in the year 1000, and there’s a tower that dates back even earlier and was the original lookout for Rome. It’s about 10 miles from Rome, and you can see the dome of St. Peter’s Basilica.

What is the biggest difference between designing a course in the United States and the rest of the world?

What is the biggest challenge in designing a golf course?

Environmentalists. You can’t take down trees. You can’t cross rivers. You can’t fill them in. It’s hard to get permission to pipe them. It’s a lot different today than it was 25 years ago. It’s worldwide. In fact, the rules are stricter in Europe and the rest of the world than they are in the United States. In Japan, the problem is terrain. Anything that is flat, they save for rice. In Tokyo proper, the land is real expensive. The farther you get away from the city, the cheaper the land becomes.

What do you consider your masterpiece?

The Trump International Golf Club in West Palm Beach, Fla. We had to move three million tons of dirt. We built hills and mounds and played with elevation. There’s a 50-foot drop off the 18th tee. We put in creeks. We put in waterfalls.

You have designed a couple of courses for Donald Trump. How is he as a boss?

The Trump International was the first one he had ever done, and he didn’t know anything about golf course design. He knew about buildings and real estate, but he’d come on the weekends when he was at Mar-a-Lago. He wanted dramatics, and sometimes that wasn’t the best thing for the course.

It was the most fun I ever had doing a golf course. It was a $40 million project. He was the best boss I have ever had.

FacebookshareGoogle+sharePinterestpin it
How Parents Can Stay Close to Grown-Up ChildrenBernie Sanders Went to Canada, and a Dream of ‘Medicare for All’ Flourished
Latest