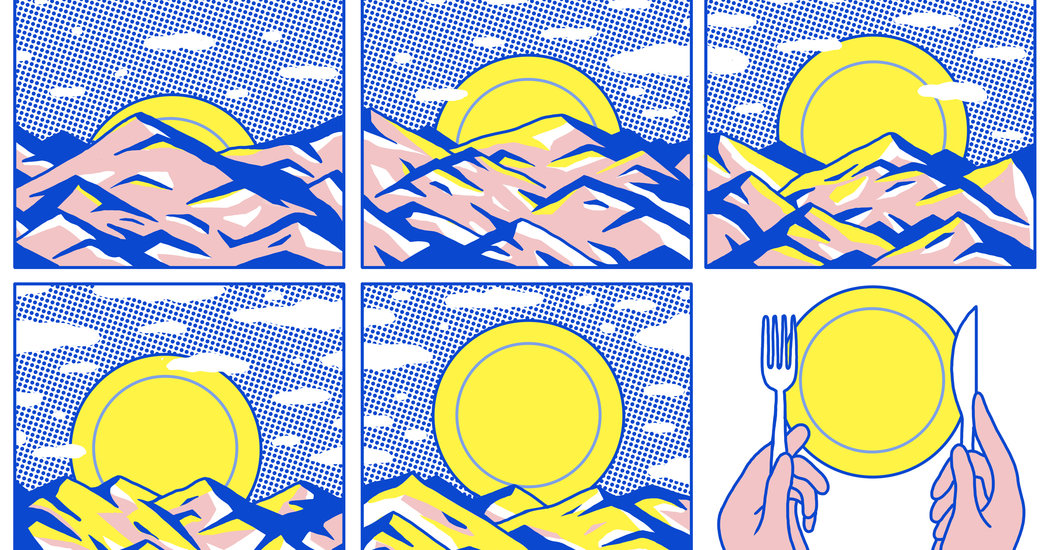 Below are some of our readers’ favorite nutrition stories from the past year, packed with information that may help you eat better in 2019.

A large new study published in the journal BMJ in November found that overweight adults who cut carbohydrates from their diets and replaced them with fat sharply increased their metabolisms. After five months on the diet, they burned roughly 250 calories more per day than people who ate a high-carb, low-fat diet, suggesting that restricting carb intake could help people maintain their weight loss more easily.

The new research is unlikely to end the decades-long debate over the best diet for weight loss. But it provides strong new evidence that all calories are not metabolically alike to the body. And it suggests that the popular advice on weight loss promoted by health authorities — count calories, reduce portion sizes and lower your fat intake — might be outdated. Read more >>>

A study published in February in JAMA found that people who cut back on added sugar, refined grains and highly processed foods while concentrating on eating plenty of vegetables and whole foods — without worrying about counting calories or limiting portion sizes — lost significant amounts of weight over the course of a year.

The research lends strong support to the notion that diet quality, not quantity, is what helps people lose and manage their weight most easily in the long run. It also suggests that health authorities should shift away from telling the public to obsess over calories and instead encourage Americans to avoid processed foods that are made with refined starches and added sugar, like bagels, white bread, refined flour and sugary snacks and beverages, said Dr. Dariush Mozaffarian, a cardiologist and dean of the Friedman School of Nutrition Science and Policy at Tufts University. Read more>>>

For a diet study published this summer in Cell Metabolism, researchers randomly assigned one of 29 different diets to hundreds of adult male mice. Some diets supplied up to 80 percent of their calories in the form of saturated and unsaturated fats, with few carbohydrates; others included little fat and consisted largely of refined carbohydrates, mostly from grains and corn syrup, although in some variations the carbs came from sugar.

Yet other diets were characterized by extremely high or low percentages of protein. The mice stayed on the same diet for three months — estimated to be the equivalent of roughly nine human years — while being allowed to eat and move about their cages at will. The mice were then measured by weight and body composition, and their brain tissue was examined for evidence of altered gene activity.

Only some of the mice became obese — almost every one of which had been on a high-fat diet. Read more>>>

Nutrition scientists have long debated the best diet for optimal health. But now some experts believe that it’s not just what we eat that’s critical for good health, but when we eat it.

A growing body of research suggests that our bodies function optimally when we align our eating patterns with our circadian rhythms, the innate 24-hour cycles that tell our bodies when to wake up, when to eat and when to fall asleep. Studies show that chronically disrupting this rhythm — by eating late meals or nibbling on midnight snacks, for example — could be a recipe for weight gain and metabolic trouble. Read more>>>

If you’re like most Americans, you eat more sugar than is good for you. But it’s entirely possible to eat less sugar without sacrificing much — if any — of the pleasures of eating. Surprising as it may sound, many people who have cut back on sugar say they find their new eating habits more pleasurable than their old ones. This guide will walk you through why sugar matters, how you can make smart food choices to reduce sugar consumption, and how you can keep your life sweet, even without so many sweets. Read more>>>

Meat and poultry are excellent sources of protein, B vitamins and certain minerals, but consuming even small amounts of processed meat increases the risk of colorectal cancer.

“We see a 4 percent increase in the risk of cancer even at 15 grams a day, which is a single slice of ham on a sandwich,” said Dr. Nigel Brockton, director of research for the American Institute for Cancer Research. Eating a more typical serving of 50 grams of processed meat a day would increase the risk of colorectal cancer by 18 percent, a 2011 review of studies found. Read more>>>